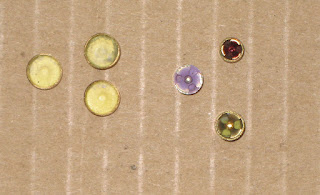 
Once you have sized the cases they should be inspected again for splits. Occasionally a case that looked good during the initial inspection will develop a split during resizing. That usually happens with empties that were fired several times. With good quality modern brass it usually isn’t a major problem but it does occur.  No sense putting a primer in a defective casing which is wasteful. 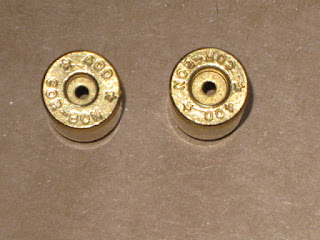 Another thing to be aware of is that the  primer pocket may have residue in it. Normally that doesn’t cause problems unless the case has been used several times. Excess residue will make primer seating more difficult. There are a couple of tools on the market that will clean out the pocket with no difficulty.   With most die sets you can seat the primer as well as flare the case. It is very important to seat the primer flush with the case or even .001 or .002 beneath the case head. If the primer sticks out you will have all kinds of problems from jamming to misfires. Occasionally you can have a slam fire which can be dangerous. There should be some feel when seating the primer but if the resistance is too much then there may be a reason such as a crimp in the primer pocket. Military cases typically have those and it is usually easier to put them in the recycle bin. Also there are two types of primers. The Berdan primer has two holes that are offset and should not be used. The Boxer has a hole in the center of that case and those are what you want to use as the dies are made to decap them. The other difference is the Berdan primer has the anvil in the case while the Boxer’s is located in the primer. Some foreign countries still use the Berdans as they are less expensive to make and work fine for the military. CCI Blazer aluminum cases also use them to prevent reloading them.  There are two sizes of primers, large and small. Also there are rifle and handgun primers as well as standard and magnum types. Be sure to use the correct one for your application.. If in doubt consult your reloading manual.

The other thing is the case needs to be flared or belled. That is necessary so you don’t shave the bullet when seating. You can also ruin the case if you don’t bell it enough. You also want to avoid ever belling it as that will ruin the case or make it more difficult to load. Excess flaring will also cause the case to split at the mouth. Lead bullets typically require more belling then jacketed types. As  a rule you want to bell them the least amount that you can  to enhance case life.
Posted by Bob Shell at 10:37 AM