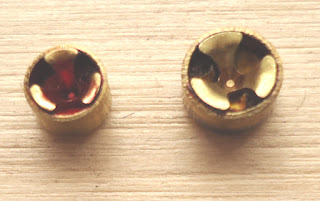 
Priming and Belling the Cases


After the cases are sized and the primer removed you are ready to put in a new primer and bell if necessary. Virtually all straight cases and some bottleneck cases need to be belled or flared. This allows the bullet to be seated without shaving the case or ruining it. If a bullet catches the side it will pull part of the case down which will render that round useless. Lead bullets need to be belled a little more then their jacketed brethren. It should be flared enough so you can start the bullet in the case but no more. Excessive belling will shorten the life of the case by causing cracks at the mouth. If you are using lead bullets in rifles the case needs to be belled to avoid shaving. Another downside to shaved bullets is loss of accuracy. One side will be shaved which will cause the bullet to be off balance. 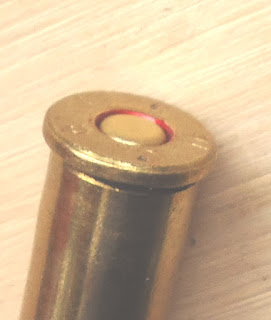 Primers come in two sizes large and small. Then they are broken down to rifle and handgun. To make things more interesting there are magnum and standard primers. Let us say that you are loading 9 mm’s for your Glock. The primer of choice is a small pistol. There are a couple of reasons for that. First of all the pistol primer has the right amount of compound to properly but not over ignite your powder charge. Also a rifle primer is usually taller then the pistol so you will have difficulty properly seating it. Remember is primer has to be flush with the case head or even a thousands of an inch or two below to insure good feeding and ignition.   While not common a primer that is protruding can cause a slam fire. That happens when the bolt comes forward and ignites the round before the action is completely closed. That, my friend will light you up good and proper.  While not common you can have a residue buildup in your primer pocket. Excess residue will make seating a primer more difficult but an inexpensive tool can clean them out very easily. If you hear a crunch when seating a primer, that is a good indication that the pocket needs cleaning. 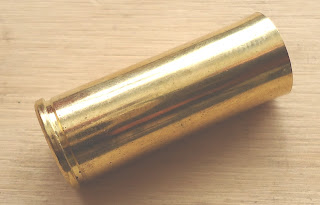 
Depending on what type of set up you have you can have a primer feed tool or do them one at a time which might not be a bad way to start. There should be a certain amount of feel but if it is excessive or too easy there is a problem of some sort. If you have military ammo there is probably a crimp that has to be removed. For suck cases as a 9 I wouldn’t bother as it is time consuming. There are tools that will press the crimp but I never cared for those or you can carefully ream out the pocket. The only cases I do that with are old 30-06’s that I plan on making blanks or light loads. Anything else I just scrap. If the primer goes in too easy then the pocket might be expanded as a result of firing heavy loads in the case. Max loads will expand the primer pocket sometimes after only one firing. That is a clue to back off on the powder charge. Shotgun primers generally come in one size though there is a magnum version. At one time there was a smaller one used but you seldom encounter them today.  Priming is a simple mechanical chore but not always easy.