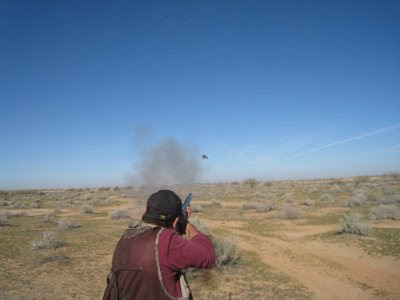 That bird is in trouble compliments of a Lanber


The Lanber Shotgun
I received a Lanber model 2077 for evaluation from Jim Meuse product specialists. It is an O/U 12 gauge with 3” chambers. The first impression is that it is well balanced and light. The barrels are 24” which is plenty. Contrary to the old wives tales you don’t need a long barrel to reach out and touch. Your powder is usually burned in the first 20 to 24” and the choke determines how dense the pattern will be not the barrel length. Wood to metal fitting was good and it is a handsome gun to look at. There is some figure on my forearm though the stock is fairly plain though there is checkering on both pieces of wood. It comes with various screw in chokes from improved to full plus a tool to replace them. They are marked with the notches which indicate the degree of choke. The helpful manual that comes with it will help out in identifying which choke tube is which, plus plenty of safety and other info. It has a raised vent rib but it isn’t excessively high. It comes in a sturdy gun case that holds everything once the gun is taken down. That chore is very simple much like most other O/U shotguns. To me it is a no nonsense hunting gun that is handsome without being gaudy. One shooter described it as pretty without being girly pretty. The single trigger is gold plated which I don’t care for. While a minor observation I would have preferred a blue trigger but I am old fashioned I guess. The bluing on the barrels was well done and even and I didn’t see any tool marks when I disassembled the gun. Apparently the craftsmen who make these guns take pride in their work and it shows. The high resolution front sight makes acquiring a target very easy. The guns are made in Spain but the corporate office is in Westfield MA US phone number is 800-545-6952 if you want to give them a call. 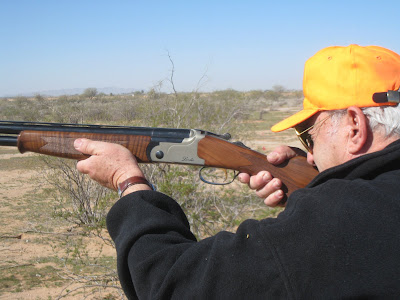 
The proof in the pudding is in the shooting. Initial shooting showed it to come up quick and point well. The balance is as good as it gets which is a big plus for carrying or shooting. We took it to South Dakota for the pheasant season. Since there are many places to go and birds I knew that it would get a workout. Several hunters of varying sizes from short and stocky to tall and lanky all tried it and they stated that the gun was comfortable to them. No one had any difficulty hitting birds per their ability. 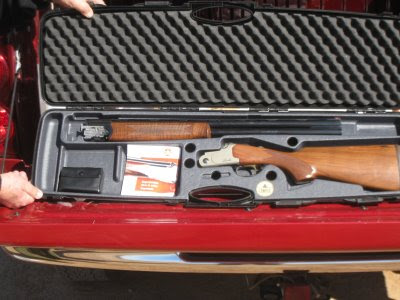 
There were no malfunctions of any kind during the testing. It was shot quite a few times with varying loads and brands of ammo. I even tried a powder meant for inline rifles called Blackhorn 209. I wanted to see if I could get it to work in a shotgun well enough to work it and knock down a quail. It did on both counts. The quail being shot in the picture was a victim of 209 powders. The ejectors are frisky sending the empties about 10 to 12 feet from the gun. The selector is located on the safety and is easy to use as is the safety. The only objection to the gun was it kicks with heavy and 3” loads. That is a function of its light weight a feature I value. If you only shoot a few of the heavy loads there shouldn’t be a problem with the recoil. The recoil pad helps and I am not that sensitive to recoil so it doesn’t bother me as much as some other shooters.


We took it on a quail hunt at Desert Pheasant Recreation in Coolidge AZ. The land is flat and requires a lot of walking which is somewhat difficult to me as my legs are not what they used to be. The light weight of the Lanber was really appreciated by me. You would be surprised what a LB or so difference can make during a hunt requiring a lot of walking. I have several shotguns but for walking the Lanber gets the nod every time due to its weight and balance. 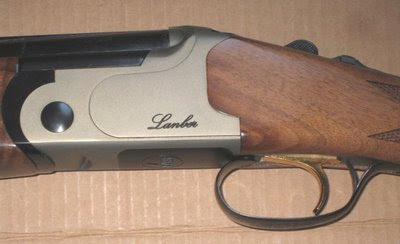 
I haven’t tried shotgun slugs but with the open chokes I don’t see any reason why they wouldn’t work. It is good for trap and skeet shooting because you can change the choke inserts very easily to suit the need. At a later date I will run a few slugs through it though the recoil will be frisky. I have other shotguns for slugs but it will be interesting to try it. The loads I tried pattern well though some better then others which is true of any shotgun. It hits where you point it and you shouldn’t have a problem hitting birds once you get use to it as every gun shoots differently for each shooter. Of course your ability will determine how well you do also. 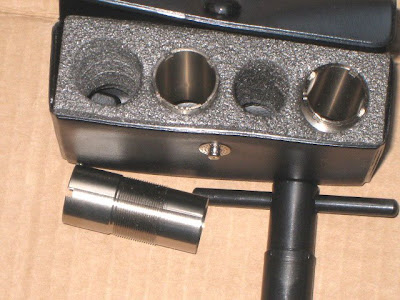 The market is flooded with some nice O/U’s so anyone for an O/U would do well to look at the various Lanber offerings. My model is a mid price in the $1200.00 range and if you are going to spend that much on a shotgun then I would strongly recommend a serious look at this model. They have been around for around 20 years or so and have a good reputation. I have talked to other Lanber owners and they have positive things to say about them. If you buy one I don’t believe you will ever be sorry for that purchase. They produce various semi-auto and competition shotguns at different price ranges. They have an informative website http://www.lanberusa.com/ which provides a lot of helpful info and tips. 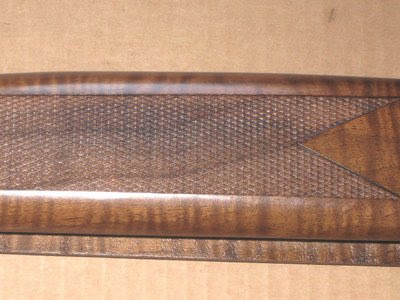 I have the Lanber 2097 Sporting which I purchased for $700. I agree with everything in the article. I have hunted dove,quail,and pheasant and I am very happy with this gun.

I have a lanber 2087 (hunter) and am very happy with it.
I payed 546.00 brand new at a gun show. I realy like the gun
Derek schild
blackfoot Idaho

Good Morning,i just purchased a Lanber 2087 Hunter, i am new to the sport ,my only concer is that the instructions manual is 98% in Spanish and the gun though brand new was amde in 2005. did alot of research and always came back to the Lanber, i paid 675.00 in New Jersey, i help run a Charity Clay Shoot for Dyslexia with the Masons, will past how it worked.

Just purchased a 2097 from CDNN. Should arrive early next week. I am admiring the the gun case pictured in your blog. it looks like it was made for the gun. Can I ask you if it locks,what brand it is and where it was purchased from? Thanks in advance... Your Blog was helpful in confirming my purchase...