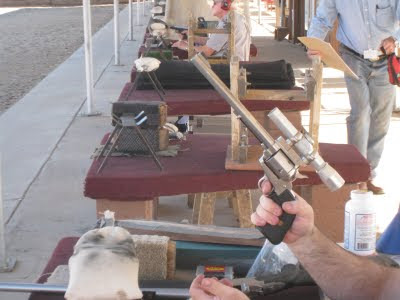 The 454 has some hefty recoil

Freedom Arms 454 Casull
Ever since handguns were invented some 700 years ago we always wanted to make them more powerful and accurate. The problem was technology because until smokeless powder was invented you couldn’t get the high velocities. They had huge handguns during the 19’Th century. The Americans had a 44 Colt Walker and later the 45 Colt. The British has some 577 caliber handguns and the Austrians had an 11 Montenegrin. While they were potent for their day black powder limited the velocity to between 7 and 900 feet per second in most cases. While some of them threw a large chunk of lead range and accuracy was limited. When smokeless powder was invented in 1886 all of that changed. 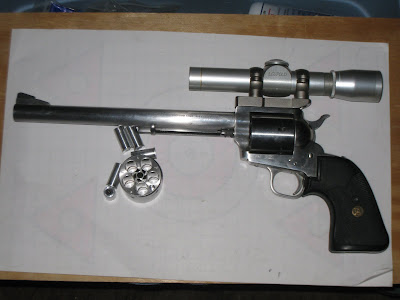 The freedom Arms 454 with 45 Colt cylinder

The first really powerful handgun came out about 1900 in Great Britain. It was a large semi auto known as the Mars Pistol. It came in various calibers including an 8.5 and 45. The 8.5 achieved a velocity of 1750 fps while the 45 went about 1250. Those were impressive ballistics in their day and still are more then respectable. It was a short lived venture as the gun was ahead of its time. Recoil was reported to be ferocious also. That’s the way it stood until 1935 though there were various experimenters working on other high powered handguns. The 357 magnum came out and was touted as the world’s most powerful handgun at least commercially. In 1955 the 44 magnum knocked it off its perch as the most powerful handgun. However it didn’t get to bask in its glory for long as in 1959 the 454 Casull was announced and production started. The case is a modified 45 Colt made 1/10” longer to prevent it being chambered in a 45 Colt. It also uses a small rifle primer because of the high operating pressures. It has twice the energy of a 44 magnum and put handguns into the super powerful category. Like the 44 magnum the 454 didn’t stay on top of the hill for too many years. The 475 Linebaugh and 444 super mag came along to rival the 454. While not common they have been around for some years. Then S & W came out with the massive 500 and afterward the 460 S & W. The 500 is touted as the world’s most powerful commercial revolver cartridge while the 460 is the fastest. While overshadowed the 454 is still a potent cartridge capable of harvesting anything on four legs given a proper load. 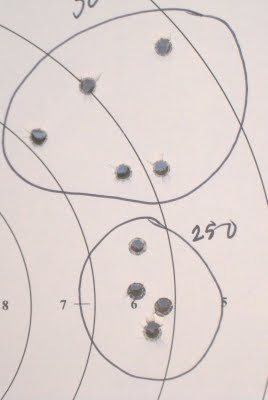 
Freedom Arms chambers their single action revolver for this cartridge and it is a massive affair out of necessity. They also chamber the 475 Linbaugh and the 500 Wyoming among other calibers and models. It is a 5 shot which enables the cylinder to be made thicker to withstand the operating pressures. Ammo has been made by Hornady, Buffalo Bore, Cor-Bon, and Black Hills. While you can find factory ammo it is expensive and sometimes hard to find. Also most of it has pretty severe recoil which might not be desirable. I have shot some of the factory fodder and it shoots fine but being a reloader and bullet maker I want to include in this review some options for an owner of a Freedom Arms 454. With the cost of ammo skyrocketing a lot of shooters are looking at reloading where in the past it might not of interested them. I want this review help out anyone who has one of these or thinking about buying one to see the many options to enable someone to shoot it a lot. There is no sense of me telling you how good the revolver is if you can’t afford to shoot it or find the ammo. If you plan on taking it hunting then plenty of practice is mandatory which is true of any hunting weapon but especially a handgun. 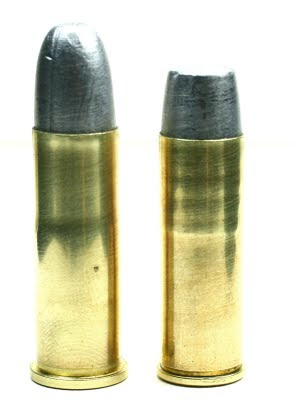 First of all the gun is an extremely high quality product. They use the best steels available and keep the tolerances extremely tight. It reminds me of a top quality safe the way it locks up. My gun came with a 45 Colt cylinder which is an option among other calibers such as the 45 Win Mag. It has the 10” barrel which will enhance velocity though it doesn’t make it any easier to carry. Freedom Arms can install a sling system as an option. It is a single action and has a safety, half cock half cock safety, and the full cock. The half cock allows the cylinder to rotate to load or unload. It operates the same as any other single action. There is a safety transfer bar which will stop it from going off if it is dropped on its hammer. The other difference is you have to remove a screw to take out the cylinder which isn’t a problem. The 4 lb gun is all stainless steel and is attractive. The trigger pull is 3 lbs and breaks cleanly. There is no creep or over travel and in fact it would compare favorably with a high quality rifle trigger. They advise against dry firing stating it may damage the firing pin and they provide snap caps for that. The only downside that I can see is the cost. For a model like mine an 83 with an extra cylinder you will drop about two grand or so. Is it worth it? I think so if you want the ultimate single action serious hunting revolver. One thing for sure is you will never wear out this gun.

To shoot it with factory fodder is going to set you back some bucks and you might have to check a couple of stores to find it. There is a limited selection of loads also. You can fire 45 Colt and 45 Schofield rounds but if you do I would advise that you use the 45 Colt cylinder for that. If you don’t have one be sure to clean the 454 cylinder very thoroughly prior to shooting 454’s. That is vitally important to avoid chambering and pressure problems. The factory advises against shooting 45 Colts in the 454 Cylinder. I have shot everything from 125 grain home made to a 370 grain LBT bullet. Due to the high quality it is a very accurate gun and we did well at 100 yards. The problem is the recoil with some loads. It is just brutal and no fun to shoot. There is no compensator to absorb the recoil. The tradeoff is a compensator reduces recoil but increases noise. Freedom Arms does offer magna porting to help mitigate the recoil. For their options you can go to www.freedomarms.com to see what models and options they offer. They also have a dealers list to show you where you can buy one. I have shot the 500 S & W with a muzzle break and was thankful for its existence. I shot a verity of bullets through the chronograph and on targets so I got well acquainted with the Freedom Arms revolver. For this review I shot about 500 rounds of 454 (what fun) and a bunch of 45 Colt. You might notice that I mention the recoil on several occasions. This is a specialized hunting cartridge and it is more then adequate for the job but it’s not your fathers 38. It is like the 500 horsepower Corvette while it will perform is more costly then a Malibu. If you can handle a 44 magnum with full loads then you can probably deal with this gun ok. Here are some loads you can use in the Casull. Approach max loads with caution. 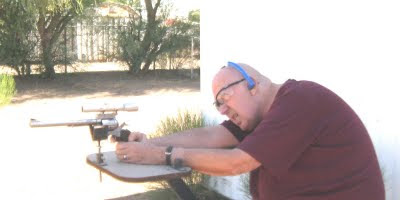 
The 125’s went out at 2350 fps and are good for pests and varmints. I pushed the 250’s out to close to 1900 and the 300 Sierras www.sierrabullets.com over 1700. At those velocities while accurate they aren’t a lot of fun to shoot. The nice thing about the 454 is you can load them down and still have a potent load. I have a 350 grain jacketed bullet that I make and at 1600 fps and change it’s brutal but it will take down a grizzly bear. I obtained and shot some LBT 370 grain gas check slugs. With a stiff load it clocks over 1500 fps. My first thought was if T-Rex ever comes back he is in trouble. Good Grief! That Kicks! Unless I go somewhere where the critters stomp and eat you and weigh over a half ton I won’t be shooting them anytime soon. You don’t have to take that abuse for casual shooting just use 45 Colts and save your hand. You can load a 250 grain in the 45 Colt to 12-1300 feet per second and have a fine deer load in the woods. I was at the range not long ago and a fellow shooter had one with a 2” barrel and was shooting it with Winchester factory loads. His hand looked as red as a lobster and he complained about the pain. He offered to let me have at it which I politely declined. The only way I would shoot that with a full load is if a bear was on top of me. Reduced loads? No problem. 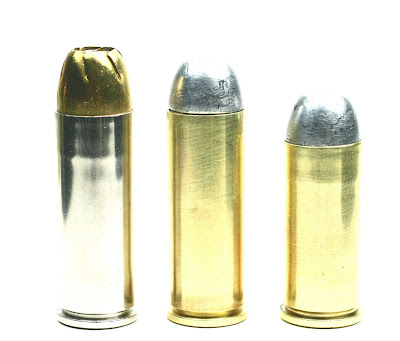 I had a problem that I wanted a good deer load that would go out to at least a hundred yards, be accurate and not break your wrist. A light bullet in the 200 grain range seemed to be what I was looking for but none of them, I felt would stand up to the task at hand. When loading bullets designed for a 45 auto or Colt be careful because some of them won’t stand up to full 454 loads and may come apart. Then Barnes came out with a 200 grain pointed bullet meant for the 460 S & W. That’s just what I needed to solve my dilemma. I obtained some and quickly found out that loaded in the 454 case they were too long for the cylinder. That’s where the 45 Colt case comes in. I loaded them to 2000 fps and found that they are accurate out to at least 100 yards and recoil wasn’t bad. The Barnes bullet has a well deserved reputation for being deadly on game. I will be taking that on a hunt shortly for whitetail. I loaded some 250 grain Barnes for a hog hunt that I am planning. www.barnesbullets.com For the record I used Starline brass for all my testing with the 45 and 454 because it is a quality product. I use it for many of my tests for that reason. To find out what Starline offers go to www.starlinebrass.com to see their brass line. For those attracted to the idea of having both a rifle and handgun chambered for the same caliber then you are in luck. There is a lever action out there for the 454 a Puma model 92 which at some future date I plan on putting it through its paces.


The bottom line is if you want a top notch hunting handgun and don’t mind shelling out the dough then the Freedom Arms revolver is for you.

Cool blog as for me. I'd like to read something more concerning that theme. Thanx for sharing this data.
Joan Stepsen
Gadget sale