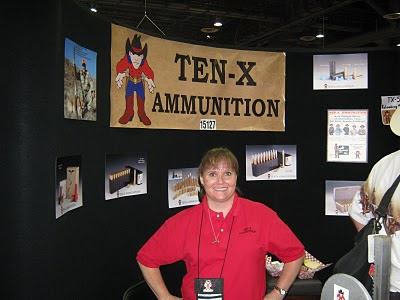 As always I look forward to attending the largest gun related trade show held. This year it is in Las Vegas at the Sands Center and will be there for at least three more years. Before this year it was at the Convention Center which is in my estimation easier to get in and out. It has been held in other cities as well including last year. Be as it may be the show was so large that it would be very difficult to see everything. They had two very large floors covered with exhibitors plus some in the large hallways. Good legs and roller skates would be helpful neither which I possess. It was pretty crowded at times though the last day wasn’t quite as bad. All of the booth holders stated that they considered the four day event successful. A lot of business was transacted between exhibitors and visitors. Because of the hostility toward guns in Washington business is brisker then normal. The legitimate fear that the government wants to restrict various guns has caused many folks to buy and stock up on guns and ammo. There were over 58,000 attendees present who included dealers, media and other gun related business people. There were thousands of exhibitors present. The show isn’t open to the general public. Like most gun and trade shows there were no incidents as people in the trade are well behaved and polite toward each other. Many of the people who work at the exhibits are very helpful and knowledgeable though near the end of the show they are ready to return home. 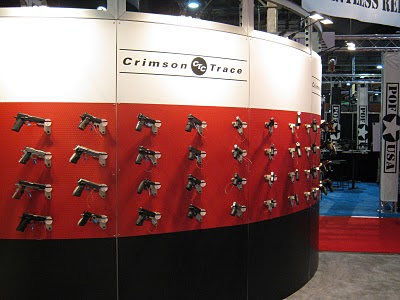 Some of the many guns that Criminson Trace has grips for

There are so many new products coming out that it’s impossible to keep up with them all. New guns from all of the makers plus new ammo, calibers and bullets are being constantly introduced. Powder and other reloading equipment are also being updated constantly. Knives and other shooting related accessories are being updated as well. Tactical rifles are the rage of the moment and virtually all of the gun makers have some in their line. Scopes with range finders are starting to come out from a few makers. All of the companies are coming out with new products but due to the boom in the gun business most of them are running 24/7. If I mentioned all of the new products I saw it would be too large for the scope of this report. I hauled about 15 or 20 lbs of catalogs and brochures back home and without a doubt missed a few. The four day show gave us a chance to meet new people in the business as well as catch up with the folks that I know. One of the great things about this show is the nice people you get to meet. The show will return in January 2011 and I plan on being there. 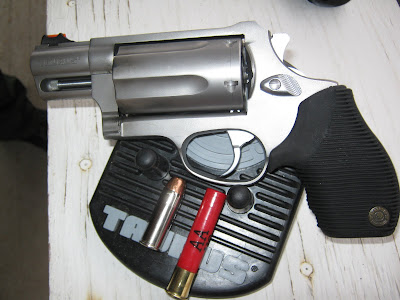 An interesting revolver the Judge shoots both 410 and 45 shells 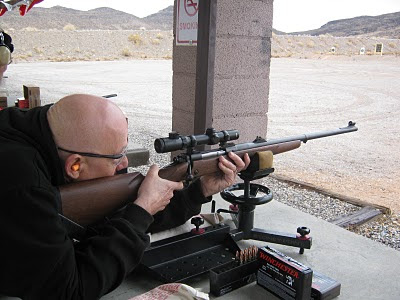 Media day at the range

On the 18’Th a day before the show opened the press is invited to shoot some of the new guns and ammo that is being introduced. It gives us an opportunity to see what’s new out there. Actually it is one of my favorite parts of the event because not only do you get to shoot guns but meet some nice people from the various companies. The only damper was the weather which was cold and windy with rain during the day however it didn’t stop anyone from enjoying themselves. The SHOT show is one event that everyone who is into the shooting sports should experience at least once but you have to be connected with a gun related business in order to attend. Everyone should join the NRA here is their link http://membership.nrahq.org/default.asp?campaignid=XR022927 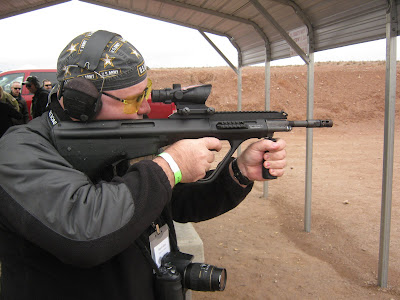