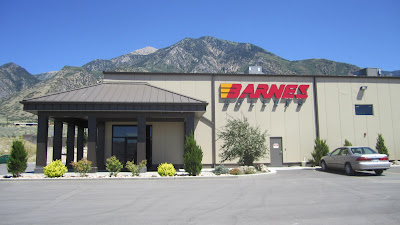 For quite a few years I have used Barnes bullets both the traditional cup and jacket and the copper verity. They always performed well for me both in hunting and accuracy tests. I have toured bullet plants and saw how conventional jacketed bullets are made but haven’t had the opportunity to see how pure copper bullets are made. In August I went to a POMA conference for gun writers. Anyway Barnes is located on the way so I contacted Kari Cook and she arranged a tour for us. The plant is located in Mona which is a tiny town right off of I-15 about 2 hours or so south of Ogden. Upon arrival I noticed that the plant is modern in every way and the employees are very courteous and helpful.

The tour was conducted by Ty Herring who is the customer service lead technician. As a long time employee he is very knowledgeable and helpful. He showed us the dies in various stages of manufacture with the tolerances being kept at 50 millionths of an inch. To give you an idea as to how much thickness that is take a human hair and slice it lengthwise into 200 pieces and that will give you an idea of their tolerances. In order to make consistent bullets you need tooling that is consistent. With their modern machinery such tolerances are possible. 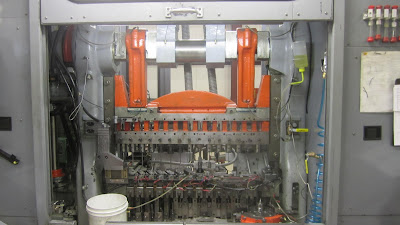 One of the presses used to make bullets

To make the bullets Barnes buys rolls of copper wire that is made to their specifications both in material and diameter. The wire then is pulled through a die to insure that the diameter is perfect then is cut into a cylinder shape, the length determines the weight. After inspection they are fed into a large press that used punches to give the bullet its shape and hollow cavity. The tooling in the presses are inspected and replaced often to insure that the dimensions are as needed. Every operator is their own quality control technician and they always keep the bullets in specs. Since they measure by ten thousands of an inch we shooters can appreciate the effort used in making these fine bullets. There are no shortcuts taken and if the bullets don’t measure up they don’t leave the plant. Once the bullets are made they have a proprietary machine that cuts the grooves in them. It is amazing to watch the process but no photos are allowed of that machine and a couple of others which is totally understandable. The bullets are cleaned in a large tub that contains ball bearings which shines them up really nice. They are then inspected again with a laser device that can pick up any defects and sort them out. As they are being packed the inspection process is again repeated. I have personally bought and used a lot of Barnes bullets of various calibers including the lead core bullets and never saw a defective specimen. I watched some 348 traditional bullets being inspected by hand and since it is such a tedious job I joked with her as to does she dream of them when sleeping. After the bullets are made some are tested at their shooing range upstairs to insure accuracy. 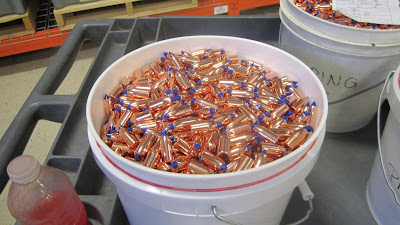 
They also make solids out of a brass alloy. They have long rods that are cut into length and machined to whatever caliber is desired. The laser cutter insures the demanded dimensions needed to produce a top notch bullet. They are made from 22 up to a dinosaur killing 577 Nitro. While I haven’t shot a lot of these the ones I did shot well. The Triple-Shock X bullet is made from 22 caliber up to a 577 while the tipped Triple’s go from a 22 to one made for the 458 Socom. You might want to check out their website as there are new bullets being added quite frequently. They also produce muzzle loading bullets as well as loaded ammo so you might want to visit http://www.barnesbullets.com/ to keep up with all of the goodies made by them. I have shot the muzzle loading slugs in a couple of inlines and they were accurate as you expect from a Barnes product.

One of my several favorites is the TTSX 338 210 grain loaded in the 338 RCM Ruger Hawkeye in a 20” barrel. I get great groups and it should handle anything that I am likely to hunt. My 300 RCM, 30-06 and 270 also shoot very well with various Barnes bullets. I am presently conducting tests with the 70 grain 22 bullets and results so far look very promising. 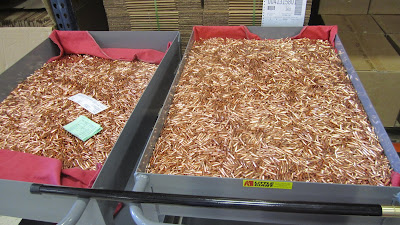 Bullets ready to be inspected and packed


There are a number of bullet companies out there who make quality products and are introducing new items all of the time. Such competition is good for us shooters because better bullets are constantly being designed and produced. Barnes is such a company and I strongly recommend that you try out their products if you haven’t already done so.
Bob Shell