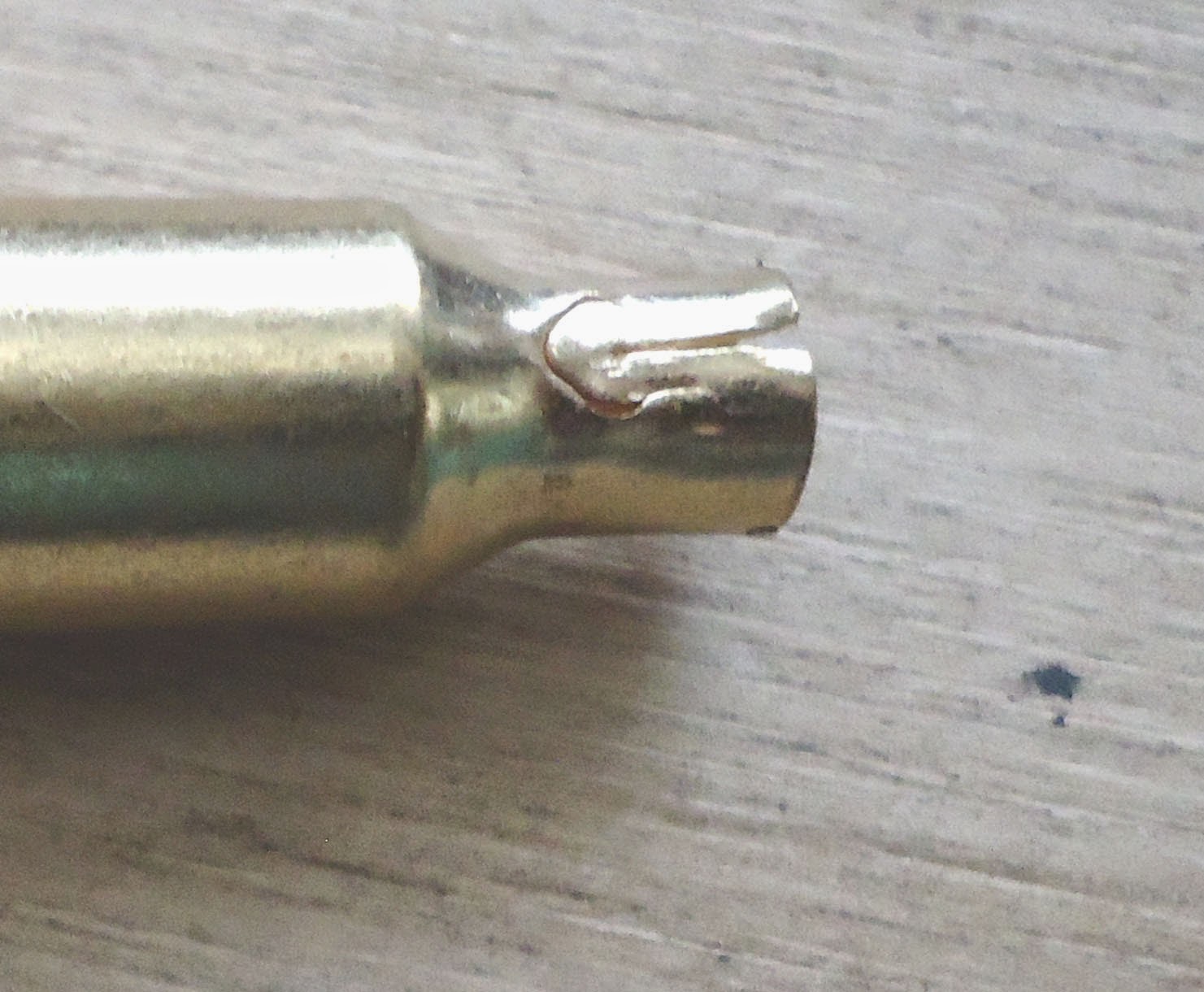 Factory defect needs to be put in scrap


There are many techniques discussed when talking about reloading ammo but I don’t see many articles suggesting that feel is very important to successful ammo making. When you are performing various tasks, you can’t see what is going on inside the die so you have to depend on feel to determine how your ammo will come out. They don’t make transparent dies yet so feeling your way around the processes in vital.  Once you learn how to feel your way around reloading ammo will be easier and more enjoyable.

Bullet caught edge of case should be felt during bullet seating


Normally after you inspect and clean your brass sizing and decapping is your first operation. Sizing brings the case neck to the correct size to hold a bullet while the body is squeezed down a bit to enable chambering. Most dies decap the case also meaning the old primer is removed. The operation involves some resistance which depends on the size and brand of the case and the type of lubricant used. You can buy tungsten dies for most handgun rounds and I would suggest that you spring for the few extra bucks to buy them. They usually eliminate the need for lube which saves time and the die last longer. There is also a small amount of pressure required to remove the old primer as well.

Different bullets may have different feel


When you get set up you will notice the resistance involved and it should be the same for all of the cases. If it is too easy, you might have a split case or slipped in the wrong one. If you have a difficult time sizing the case perhaps you forgot to lube it in the instance of a rifle or handgun without using a tungsten die. If you get an unlubed rifle case stuck in a die, you have a serious situation. You will need a stuck case remover and some effort to remove it. Rifle cases need to be lubed around the body in order to size them easily. Don’t put lube around the shoulder area as that won’t help out plus will produce hydraulic dents on the shoulders. If you have military cases, especially foreign made make sure that the primers are of the boxer type. Make sure that there isn’t any foreign substances in the case. Range brass might have a smaller case inside or have some dirt in the brass. That is one reason why you should inspect the brass prior to sizing.   Trying to decap a Berdan type primer with a conventional set up will result in the assembly getting bent and breaking the decapping pin. That is an aggravation we can do without.   That is where feel comes in handy to avoid those headaches.  Some brands of cases are more difficult to size then others due to the construction some being thicker then others. Therefore, if you are mixing brands during sizing that might account for some of the feeling difference. 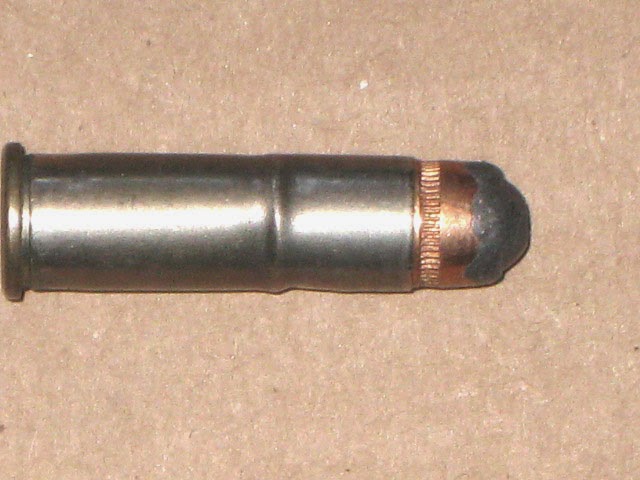 Crimp die set too far down. operator should be able to feel this problem

After sizing, priming is usually the next step. Seating a primer generates a little resistance which is ordinary. If the primer is too easy to seat the pocket might be expanded which usually results from shooting loads that are too hot. Once the pocket is expanded, too much the case is not good for anything other then a display round. If the primer is too hard to seat there may be a couple of reasons.  One is the pocket might have some residue which can easily be cleaned out. Military cases frequently have a crimp in the pocket which needs to be removed. I use a reamer for that task as I do a lot of military cases for various projects. There is a primer pocket expander available but I don’t care for it but it might be worth trying. I have run across some brands of foreign cases that have pockets that are too small or shallow to easily seat a primer. I either avoid them or slightly ream out the pocket. If you use too much force to seat a primer some of the compound might come out which will adversely affect the performance of the ammo. 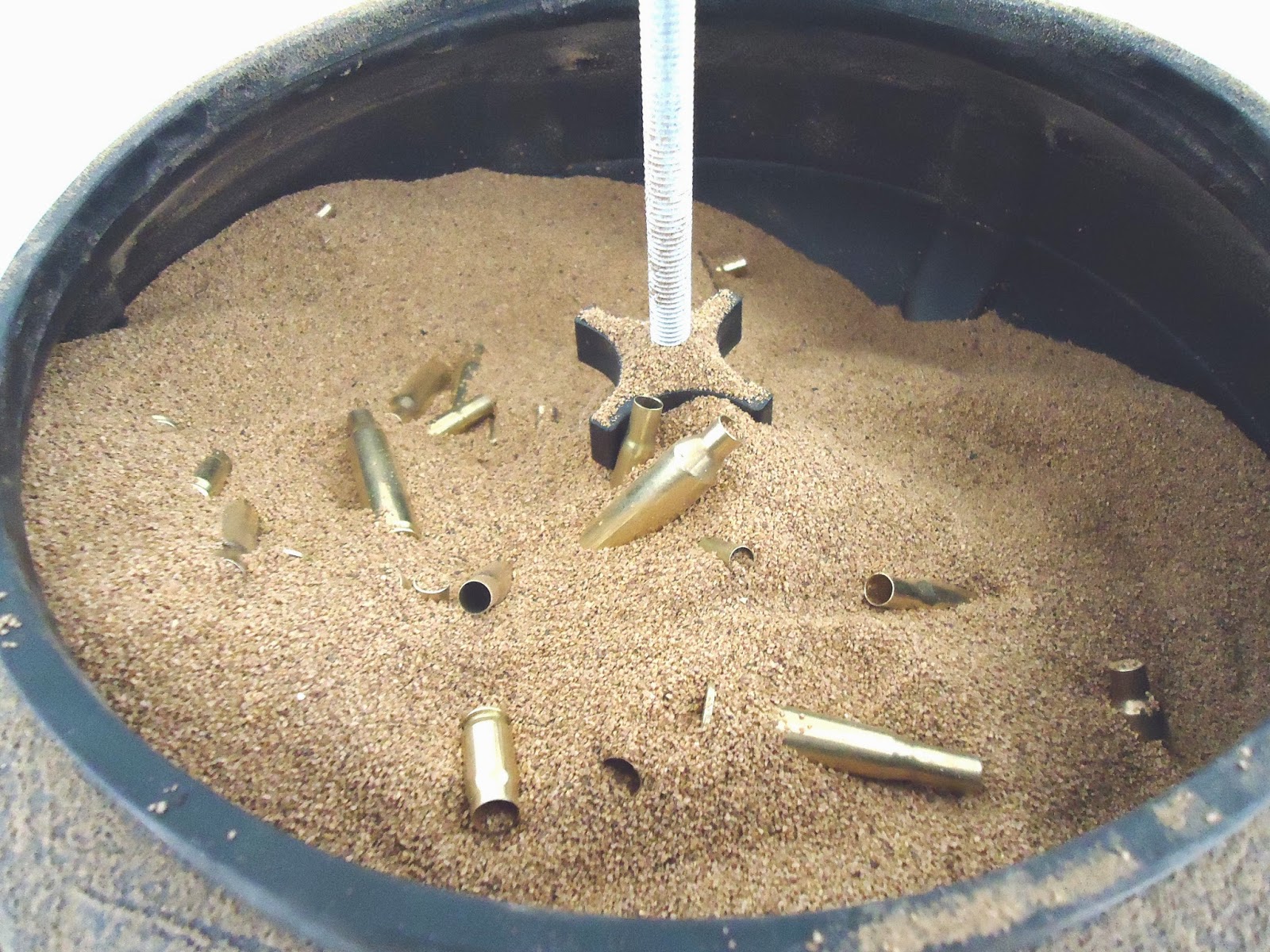 Cleaning cases makes it easier to inspect and size

Seating the bullet is done by feel also. I always chamfer the inside of the case mouth which makes seating easier and more consistent.  You will have some feel, which is normal. If the bullet seats too easily you might have a split neck. Another possibility is the brass is too thin. I have used one brand of brass in the 8 X 57 caliber which has necks that are too thin and the bullets aren’t tight enough. That will cause inconsistent ammo among other problems including bullets dropping down in the cases. I size those necks in a .318 die, which helps, but normally I will buy another brand of brass to avoid that headache. Another cause might be bullets that are a tiny bit too small which is not common but can happen. Occasionally an expander plug might be too large causing loose fitting of the bullet. If they are too difficult, it might be thick brass at the neck. That could be especially true if you necked down the case from a larger caliber such as making 243’s from 308 cases. You would have to either turn down the case necks or ream them out. Thick necks will cause difficult chambering and possibly dangerous high pressures. Like every other operation when seating bullets, they should all feel the same. Remember you are dealing with dimensions that are in the .001 inch and that can make a difference. 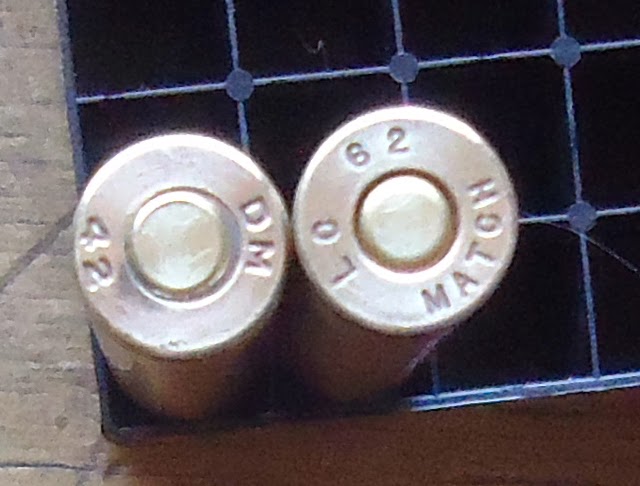 
If you are crimping the bullets, there is also a feel there. Once you get use to using the feel method the crimping can be felt and if there is a problem you will realize it. The cases have to be the same length in order to have a consistent crimp.    If the feel is consistent chances are the ammo will perform better as it will be more consistent.


Learning the feel method will help you out a great deal when loading ammo. Making good ammo has its challenges so anything that you do to give you an edge is always good. Like most things in life you get out of it what you put into it. 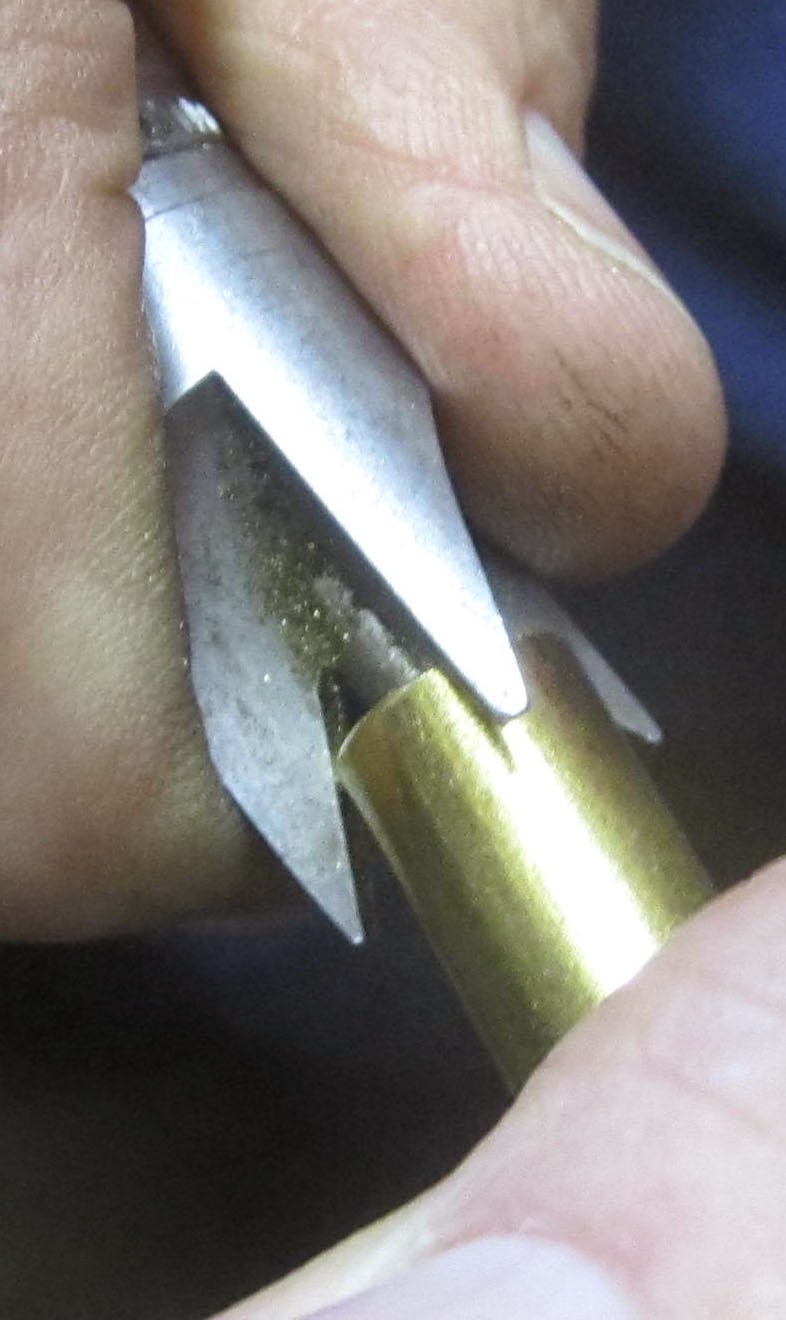 Chamfering makes it easier to seat a bullet
Posted by Bob Shell at 1:06 PM

Great article, will be sharing with my friends at diamond k brass thanks! http://www.diamondkbrass.com/

Your blog is simply great. Those who love to read about guns and bullets will simply love to read your blog. Every time I read it I find something new to learn and know.
Regards:
MA Gun License

wow! thanks for sharing this artivle i learn a lot. keep posting
Alternative Cancer Treatment Phoenix