Over 40 years ago Weatherby realized that there was a market for a lower price rifle then their famed Mark V series.  So the Vanguard was introduced in 1970. While the original Weatherby rifles were chambered for their cartridges, the Vanguard is available in standard chamberings from the 204 to the 338 Win mag. I have fired various Vanguards in 30-06 and 22-250 though I didn’t get much of a chance to work with the 22 caliber due to a fire. The Vanguard is also available in some Weatherby calibers such as the 257 , which I have also fired.  For more info of Weatherby products you can go to    http://www.weatherby.com/   The rifle I have is a Gen ll which has a couple of improvements over the first model. I had an older 22-250 which shot well but was too heavy and the trigger wasn’t as good as the newer model. A 30-06 I tested also was heavy though It did shoot quite well. Since the Vanguard is available in the 338 Win Mag , which would require some weight, all of their models and calibers reflected that. A lightweight gun is important to me, as my wheels are not what they used to be.  These are some loads that I have used in both Vanguards. Super is short for Hodgdon Superperformance powder which is one of the better powders for the 22-250. 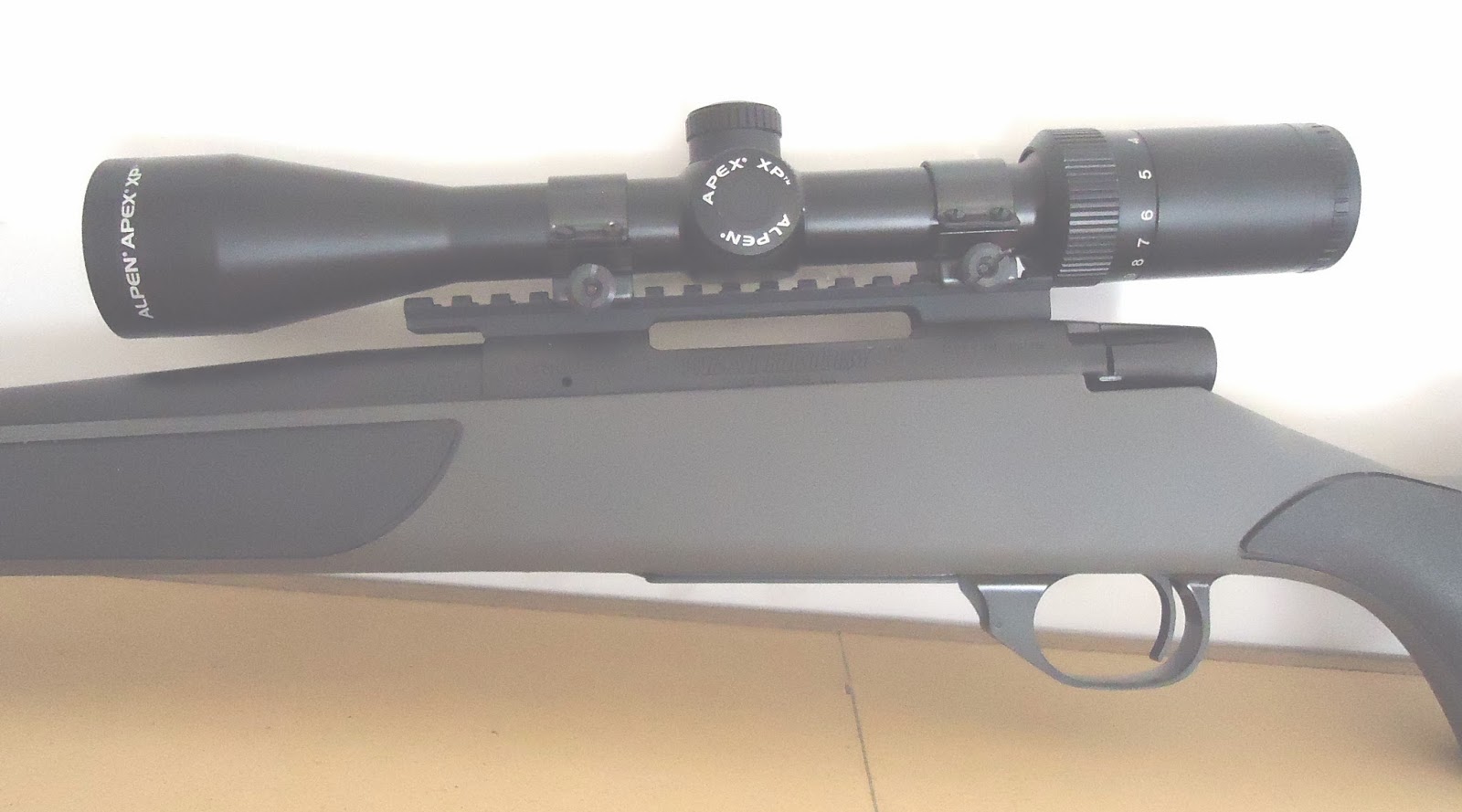 View of weatherby 22-250 with Alpen Scope. A great combo 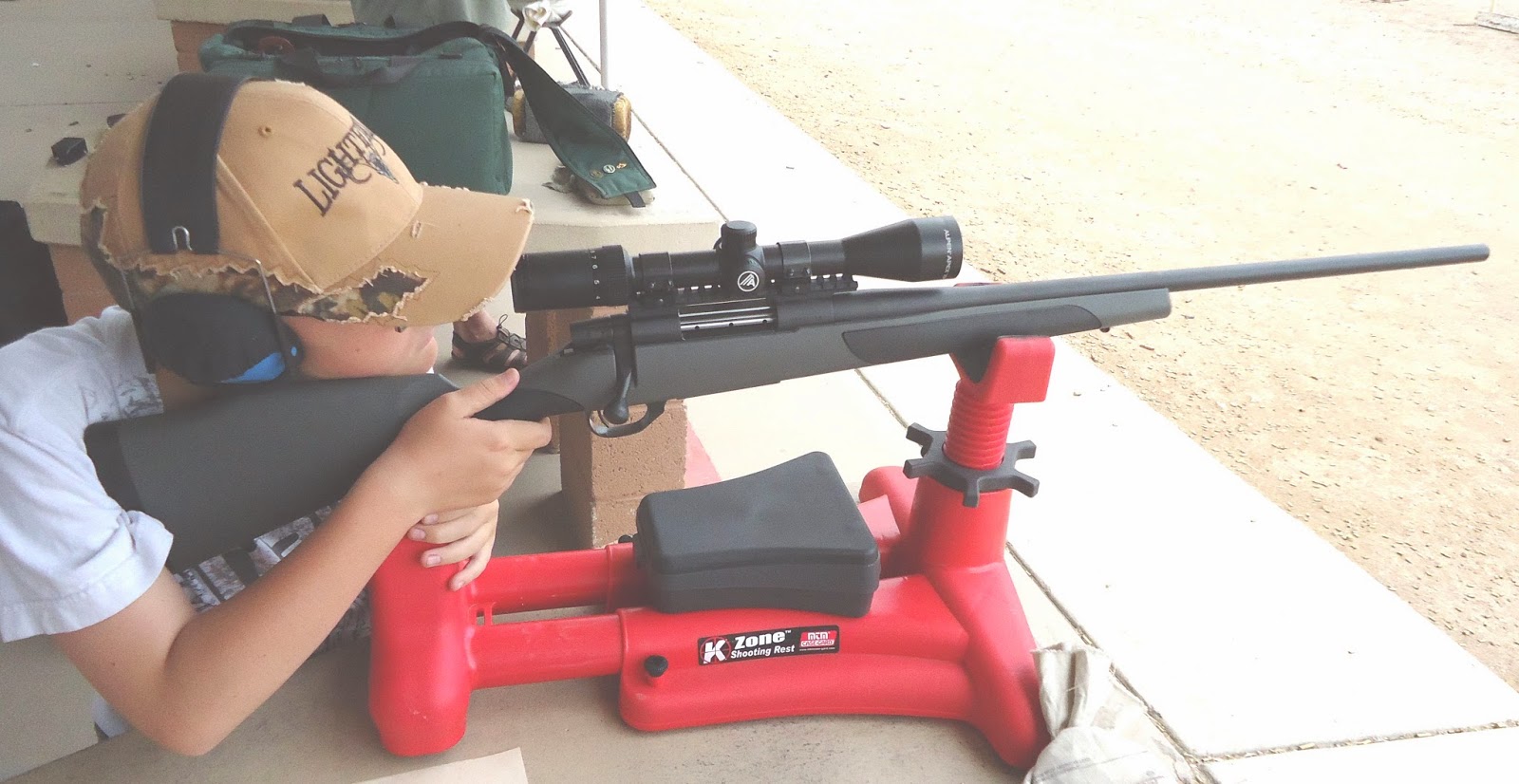 At my request, Weatherby sent me a second  Vanguard in 22-250, which is my all-time favorite 22 caliber centerfire caliber. It was originally a wildcat for many years before Remington adopted it in 1965.   This caliber has everything going for it with no drawbacks. It has the accuracy and flexibility to meet any need that a 22 can fill. I have even loaded it down to 22 Hornet velocities with good results.  It may not win bench rest matches but ½” groups are very obtainable which makes it an excellent long range varmint caliber. Weatherby came out with their own 22 centerfire known as the 224 Weatherby. While a competent cartridge, it has a major drawback. The case is belted and not based on anything else so it is expensive and hard to get. If someone obtains a large amount of cases, it is reloadable which will mitigate the problem to an extent. In any event the 22-250 is a superior choice in every respect.  These are a few loads I used but each rifle will have its preferences so this is just a guideline.  These are some further loads that were used in the Gen ll rifle.  I do recommend this rifle as it performed well and the price is reasonable. 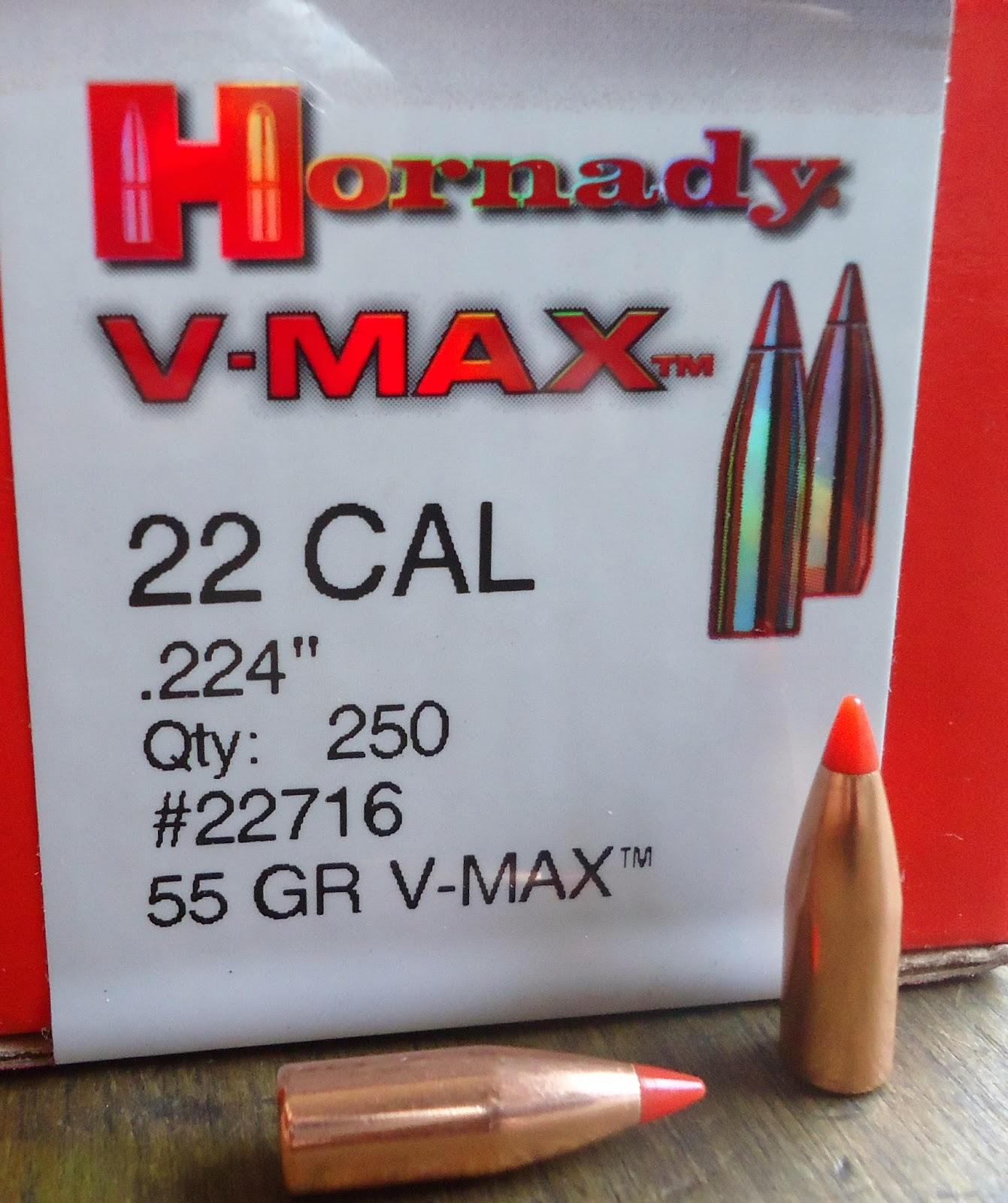 
My sample has a two tone composite stock being gray and black. The 24” barrel is a matt blue. The bolt has two large locking lugs and a typical extractor and ejector. The extractor is a small claw type which the cases are ejected with a plunger type found on many rifles. I have shot quite a bit of ammo in various Vanguards and never had any problems with any of them. There are holes in the bolt body, which should deflect gas away from the shooters face in the unlikely event of a case rupture. You can feel safe shooting this firearm.    The trigger as it came from the factory is nice and light and breaks cleanly which is a major aid in accurate shooting. It is a two stage match type and can be adjusted down to 2 & ½ Lbs.  The magazine drops down with a button in the trigger guard and is easy to use. The three position safety also works well. Is my gun pretty? No, in fact it leans toward ugly but practical. If you get caught in the rain or snow no big deal with this model. I have examined Vanguards with wood stocks and nicely blued metal but they are more expensive and no more practical. There are many models and options to choose from so there is something for everyone.   The Vanguard series 2 has a MSRP starting at $599 and has an accuracy guarantee of 1” or less, using specified ammo. I have found on previous models that the guarantee was always met or exceeded. This specimen is capable of ½” groups with ammo that it likes. Weight is listed as 7 & ¼ Lbs., which seems lighter then the other 22-250 I had.  For me lightweight is important as my wheels are not that good any more.  Since the rifle has no sights I would like to see it with a scope base installed. A set of Weaver type bases would only add a couple of dollars to the cost and make it more convenient.  After all of this rifle  I would recommend the Vanguard for anyone looking for a good value. 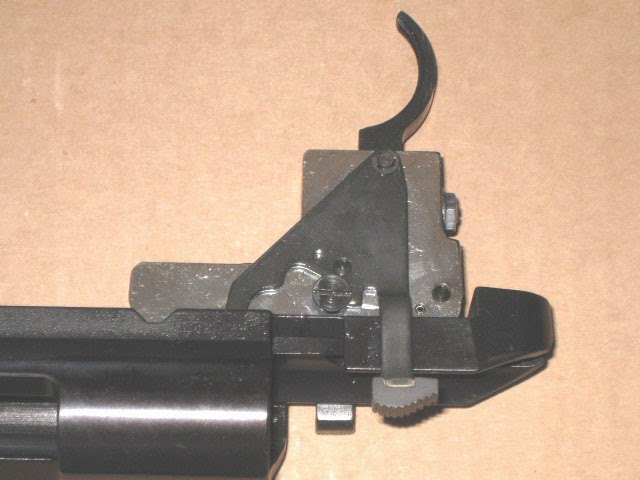 I picked up my first 22-250 around 1970.  My uncle had it and I had a chance to take it out hunting groundhogs. It was love at first sight. When I saw how well it works on woodchucks I offered to buy and purchased his Remington 700 ADL.  I used it for some years for groundhog hunting. It was very accurate and any chuck that was unlucky to be in range was quickly dispatched. On a calm day any chuck that was within 300 yards was in serious jeopardy. Shots past 300 yards was also quite reasonable as long as I did my part.  The only weakness of a 22 at long range is the wind. Unlike drop wind isn’t as easy to figure out due to the variations.- While during this period I also used everything from a 22 Hornet to a 220 Swift my love affair with the 22-250 remained steadfast. While all of those 22 centerfires have a place I just thought that the 22-250 was the best all around 22 and I haven’t seen anything to change my mind.  Since I am a handloader adjusting it power from a 22 rimfire up to full power loads isn’t a major challenge. I have been told that the 223 is better because a 1 in 7” twist is readily available which puts it in the deer hunting category. While that would be true I am not a big fan of deer hunting with any 22 though I would acknowledge that with the proper bullet and shot placement it can be done. Also who is to say that a 1 in 7” twist can’t be ordered in a 22-250 or any other 22 centerfire for that matter. The 22-250 would have the ability to push a heavy bullet about 400 FPS faster then the smaller 223 which would make a big difference in down range performance.

Gen 1 shot well but was heavy

While I tried a lot of different types of bullets my go to was a 50 grain Speer loaded to 37 to 3800 FPS. While not the most accurate bullet it was close and since I did a lot of hunting on flat ground ricochets were a consideration. This bullet simply came apart after hitting just about any object so there was virtually no chance of a ricochet.  In addition, it anchored the woodchucks very nicely. They are tough animals and if you don’t hit them right with a good explosive bullet they will get into their hole and be lost. Like any other animal hunted they deserve a quick and humane death. 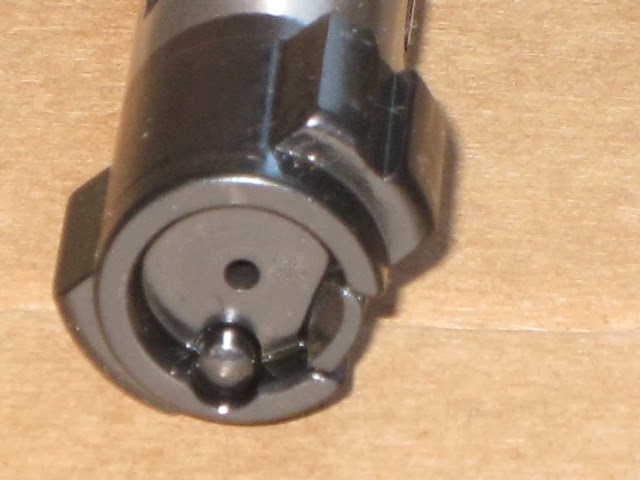 
Alpen sent me a 3 X 9 X 40 scope mount on this rifle. As with previous experience with their products, this scope performed to perfection. Optics are crystal clear and this model is a great fit for the caliber. Clear optics will help get the accuracy potential out of a rifle. For my purposes a 9 X scope is plenty.  It’s not overly large so you can carry it if desired. I used another Alpen scope on a bear hunt last year and the light gathering properties were amazing.  If someone wants a great hunting scope on their rifle I would recommend you take a serious look at their products.   For more info you can go to http://www.alpenoptics.com/RifleScopes.html  as they also have binoculars and spotting scopes. 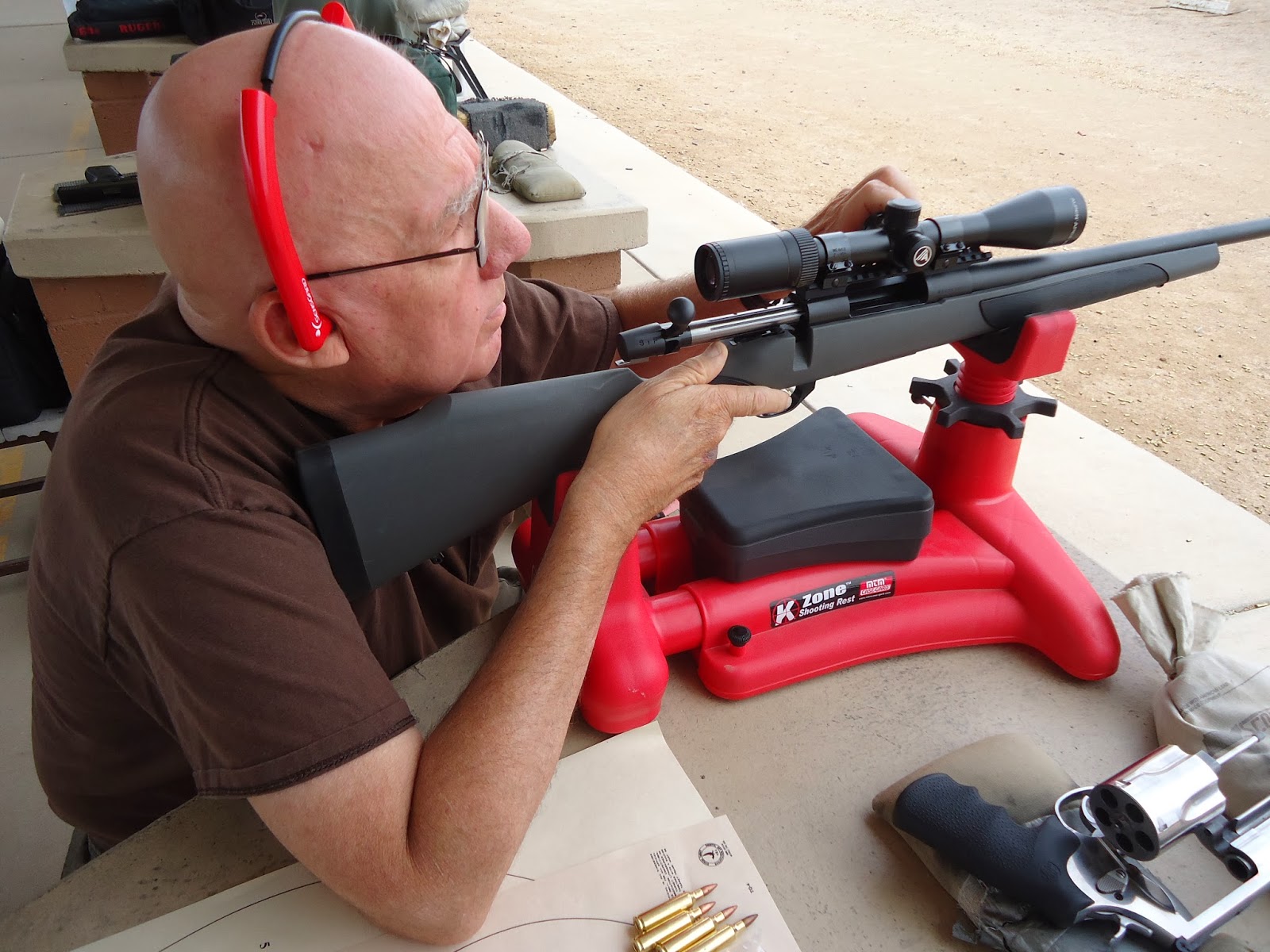 thanks for sharing this wonderful article. its really very informative and i learn more about this. keep posting
Surprised at Switchvox Phones