As a note Kate Krugers Gun Talk Radio show is on every Sunday from 12 noon to 2 PM Arizona time. Sunday DEc 16'th there is going to be a special on handloading with my self and two giants in the industry. There will be an oppertunity  to call in and ask questions. A great show don't miss. to access the link is http://katekruegertalkingguns.com/

Responsible Gun Use: the gap between crime and weapons
By Eve Pearce

December 1st, a provocative debate has emerged once again over the availability and use of guns in the United States. Jovan Belcher, a linebacker for the Kansas City Chiefs, fatally shot his girlfriend in their family home early Saturday morning before driving to the Chief’s practice field, when he committed suicide in the presence of his General Manager and Coach. While few lawmakers have yet to weigh in on the event, on Sunday night, NBC sportscaster Bob Costas ignited a national news frenzy when he read a portion of Fox Sports columnist Jason Whitlock’s article on gun use that stated that the 2nd Amendment was a threat to liberty.


Speaking out against what he labeled as an overly liberal policy, Costas enraged many people by implying that the tragic murder and suicide was only possible because Belcher has access to a gun. His comments have sparked international attention as well as further commentary by political activists such as Wayne LaPierre, the Chief Executive Officer for the National Rifle Association. LaPierre was heavily critical of Costas’ remarks and accused him of attempting to, “piggyback his social agenda on the back of a tragedy.” What’s more, his comments failed to make light of the many other issues that played into the event, leading many to determine that while a gun may have played a part in the death of two young people, it was the hand the pulled the trigger that should be blamed.


Over the past several years, political activists and politicians alike have tended to use murders and accidents involving guns to publically declare their political opinion against the legality of such. Tragedies such as the Milwaukee shooting of August 5th had very similar political results as the one we saw just this week: within hours, gun control activists had made public statements atoning the crime to be a direct result of the availability of guns. These statements were made before the police had time to gather evidence, before the families of those involved could be properly interviewed, and long before the victims were even buried.


In many cases, it is clear why these comments are made – those that hold true to their opinions against the 2nd Amendment see fatal shootings as a unnecessary incident, convinced that if guns are illegal, violent crime will cease. However, what they fail to note are the statistics on violent crimes with alternative weapons, or even recent studies that have conclusively pointed to evidence that higher rates of gun ownership could actually reduce crime. Furthermore, the comments are typically made radically soon after the incident takes place, resulting in media injustice and calls of guilt before the police are able to adequately examine the full scope of the evidence. Unfortunately, such has been the case with the story of Belcher.


A Case of Substance Abuse?


What many have failed to note in the latest gun crime to make international headlines is that while to many Belcher appeared to be a happy, successful NFL player and loving boyfriend, there may have been other issues at play in his home life. For starters, recent research has begun to shift media attention towards the issue of head injuries within the infamously dangerous sport. Because concussions sustained during intensive physical interaction has been known to have a severe impact on mental health (a key issue at play in any sudden murder, and certainly in all cases of suicide), Belcher’s role as linebacker for the Chiefs is one that some are pointing to as a possible cause of the crime. Furthermore, while he was unknown to have an extensive history of concussions, professional football players are often known to hide head injuries from coaches in a ploy to keep themselves off the bench and on the field.


Second, there have been some suggestions that substance abuse, including prescriptions painkillers and alcohol, could have played a role in the senseless crime that was committed seemingly out of the blue. In fact, those that knew Belcher best claim that this was something far from expected, citing his tendency to give back to the community and his warm and loving attitude towards his friends and family. These suggestions can only lead to the suggestion that if Belcher’s mental capacity or reliance on controlled substances had been properly monitored, perhaps the crime may have been avoided. Perhaps the key to ending crimes such as these would be in offering better sources of http://drugabuse.com/usa/drug-abuse/new-york/ (Belcher’s home state) for those at risk of turning to violence, rather than continuously debating the legality of a tool that our constitution permits. 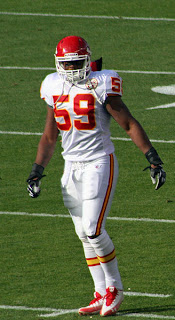 Rather then blame guns or the NFL let's try something new. Blame the shooter. He chose the lifestyle he was living and knew right from wrong. Also sports figures are put on a pedestal by their fans and bad behavior is often overlooked. Such mentality leads to these tragic incidents.