An Adult Conversation on Guns and Other Subjects 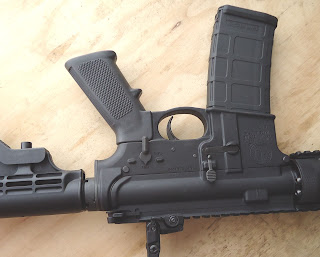 
With the tragic shooting in Newtown Ct we will have a lot of conversation about various aspects of this tragedy. Most of the conversations will do with guns and what to do about them. The reason is they are a high profile target especially for the uninformed.  Even before the bodies were cold there were shouts for gun control and gun bans. These people look for these heinous crimes always look for some incident to further their agenda. They like to wallow in the blood of the victims to further their agenda. The lamestream media are shills for the gun banning politicians and various anti-gun organizations. Their solution is to ban guns and this type of crime will go away. Their ignorance is astounding. One idiot even stated that the Bushmaster in 223 is the world’s most powerful gun. In fact the 223 is in about the bottom 15% in regards to power when compared to most rifle rounds. There are many other stupid statements by the lamestream media but they don’t want to be bothered with facts. They have the intellect of a pissant. They wouldn’t know how to report honestly if it hit them in the face.  The problem is that is nothing but nonsense and there are very few honest reporters out there. What is in the hand isn’t the problem but what is in the heart and mind. There is no evidence what so ever that shows gun laws make our society safer on the contrary areas with draconian gun laws have higher crime rates. Shooters who go into schools, shopping centers, work places and other similar places go there because they know that their victims are helpless. The shooters are cowards like most criminals and don’t want to be shot by a victim. Even the Center for Disease Control who is no friend of gun owners tried to find evidence of gun laws that work and couldn’t find any and had to admit the same. However in spite of that fact they still push more gun laws. Where is the logic.  I predict that we will be saddled with some useless gun laws sooner rather then later. I say this because Obama will sign any law that tramples on our rights. The Senate is controlled by Democrats, need I say more? While the house is controlled by Republicans that are some rinos that will cave in to the pressure to vote for more controls. After all elections come up in 2014 and they want to tell their voters that they did something about the gun problem.   Most politicians have two goals when they get elected. How much can they steal and how many times they can get re-elected? We have very few statesmen and leaders in the government but plenty of leaches. They suck at the public trowel and give little or nothing in return. Term limits would resolve that issue.  When you realize that you will understand why we will have some more gun laws. Never mind that they don’t work as the Clinton gun ban of 1994 which did nothing to make us safer.  It makes office holders feel good.  Yes the NRA and other pro-gun organizations will fight this nonsense but probably to no avail. Semi auto rifles and handguns have been around for over 100 years but school shootings just started in the 1980’s. In generations past both teachers and students brought guns to school but no one ever got shot Hmmmmmmm  !!!  By the way the worst school massacre was done in the 1920’s A handy man rigged up some explosions in the basement and blew up the school. I believe that 38 students and some teachers were killed in this act. Guns played no part in this massacre. If I wanted to get a body count I would bring in a quart or two of gas and throw it around the class. I imagine that I could wipe out the entire class room between the burning and the panic it would cause.     Could there be another reason for these shootings?  There are about 20,000 gun laws of various levels in this country. I ask how many laws do we need?  One form of insanity is trying the same thing over and expecting different results. A good example is the Clinton Gun ban. It was tried and didn’t work but it will be tried again. Millions of responsible shooters own semi-auto guns and are no danger what so ever to the public. They are used for recreational purposes such as hunting and target shooting not to mention self defense. Taking these guns away will do nothing to make us safer. 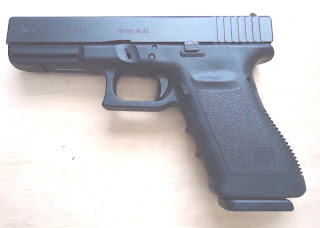 Glocks will be targeted also

Want to hear a joke?  Obama is going to appoint Biden to be his point man on this issue. He will meet with various cabinet members who are all anti-gun. Guess what input he will get. Like everything else Biden has done it will be a travesty. I doubt that he will consult with any thinking adult.   Obama has made a statement that he believes that no one should be allowed to own any gun.  That is his ultimate goal. When he states that he respects the 2’nd amendment he is telling one of his many lies. 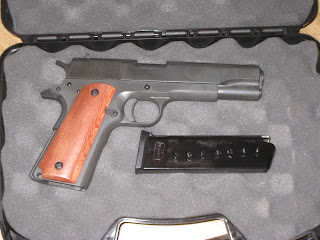 45 are not liked by anti-gunners


How about violent movies and videos?  There will be some lip service paid to them but nothing else. The problem is most of the people in this industry support the Democrats and give millions to the Democratic party so they are off limits in regards to regulations. Keep in mind that most of these producers and actors that make these violent movies are anti-gun. Is there any hypocrisy there?  I don’t know if video games cause violence but someone who plays these games all of the time could possibly be at risk to commit a violent crime. Moderation probably does no harm.


It seems that most of these mass murders have some mental health problems. However society doesn’t do enough to address this. There is already a law against mentally disabled people owning guns. People who are crazy in many cases are very clever and can plan their crimes in detail. A mentally retarded person has a low IQ and can’t think things through and would be unable to do much planning. Some good examples of retarded people are Joe Biden and some members of congress, they can’t think of a logical solution to various problems facing our country. They are not crazy just stupid. There needs to be a better system to dealing with and helping crazy people. Locking them in prison with no treatment doesn’t solve the problem. 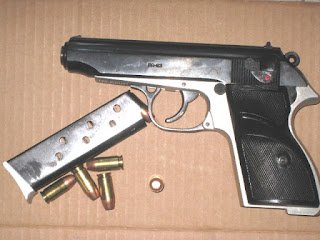 
OK what is the solution? Nothing is simple but we have to get rid of the gun free zones. That is where the bleeding is.  That is one of the worst ideas ever thought of. That is an invitation for mass murders who are cowards and look for soft targets. I think that we can learn a lot from Israel. They have no airplane hijackings and very few school shootings. Guess why! Everyone is armed and trained to protect themselves and school children. Teachers carry guns and anyone who is foolish enough to try and shoot up a school will be cut down in short order. To those who might be mentally challenged the meaning is that saves innocent lives.   Do we have the will to arm and train teachers and others to have guns and training on the job. Sadly I doubt it. As long as we have gutless politicians and others we will suffer these shootings and try more of the same ideas that don’t work. I wonder how many more shootings we will have before the general public wakes up?
Posted by Bob Shell at 9:32 AM

Sadly the mainstream media and general public have no idea about guns and gun safety and how when used properly, provide both recreation and protection safely. Not only of home, but also of freedom. Until the anti-gun public/government uses the data and information available showing its the acts of a "few" and not the "many," law abiding gun owners, all will be singled out and targets placed on our back. Even now as Biden tries to develop a "gun strategy" he still goes by the same standard the left has always used, guns are bad and people need to be told what to do. The NRA has made a very strong point concerning this administrations willingness to stop all for the few when it comes to guns.
For now, lawful gun owners have their guns and backs against a wall with a government that has no interest in following the law or Constitution. Now is the time we must not give one more "inch" because we are slowly losing the war of "feet and inches."
For now the 2nd amendment is all we have and the fact that no matter what happens, law abiding citizens have given all they are willing to give and we are now prepared to stop anything that takes our guns and liberty away..............

This is an informative blog by which I have got that info which I really wanted to get.