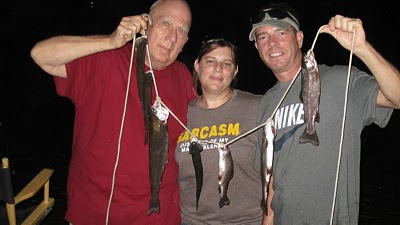 
Norfolk Fish Hatchery
The Norfolk fish hatchery which is located near Mountain Home in Northern Arkansas was established in 1955 and open to the public in 1957. The hatchery was established to meet the fishery migration needs arising from the Corps of Engineer projects in the White River in Northern Arkansas and southern Missouri. The upper White River has been altered by multi purpose dams in various locations along its course. The river flows through Table Rock Lake, Lake Taneycomo and then through Bull Shoals Reservoir. There are tributaries to Norfolk Lake and Greers Ferry. For more info you can go to their website @ http://www.norforkhatcheryfriends.org/NNFH.pdf 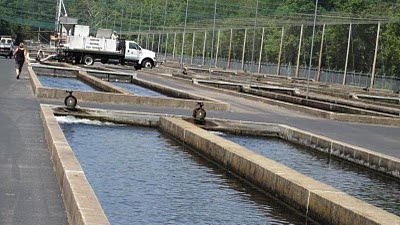 
This hatchery specializes in threes species of trout the Brown, Rainbow and Cutthroat all which require cold water with high oxygen content. They raise the fish to restock various waters in local lakes and streams as well as to other states that may need trout. They produce over 1 & ½ million fish for restocking purposes. The fish are kept until they are approximately 11 inches then released at a cost of 47 cents each. The water used in the hatchery comes from the bottom of Lake Norfolk which has the desired cold temperature
The hatchery buys the eggs from other hatcheries and they are kept until the eggs hatch which is about 2 weeks after receiving them. As they grow they are moved to different tanks until the release date. They are fed special foods while at the hatchery. This operation is carried on year around. 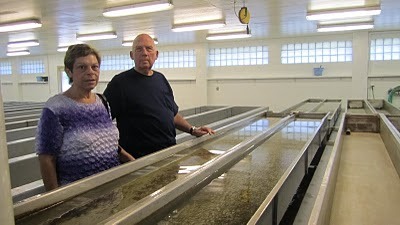 Visitation is welcome and the hatchery is open to the public from 7: AM to 3:30 PM. Parking drinking water and restrooms are available and there is helpful personal on site to answer any questions that are brought up. There is even a place adjoining the hatchery that is handicap assessable for fishing which is catch and release. 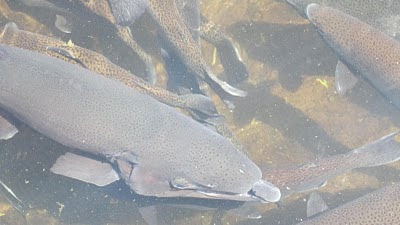 As a result of their efforts many folks can enjoy great trout fishing in the area and other states. Arkansas has many lakes and streams for the anglers to try out their luck. Lake Norfolk is one of the top fishing lakes in the US according to Field & Stream.
Posted by Bob Shell at 2:08 PM