How to Pick Good Candidates for Office

The worst president ever!

How to Pick the People you vote for in November

Without a doubt we are saddled with the worst president in our history. Between Obama’s arrogance, incompetence, dishonesty and a general dislike for this country we have a lot of problems facing us. Not content with being the worst president ever he picks the worst and most radical people he can find for the various posts that he fills. If they are incompetent, radical and hate this country then they are a shoo in for office. I could write a book on his failures but this isn’t about him except we have to elect people in congress who will stop the anti-American madness that he is foisting upon us. He will be in office another two years but if we elect the right people in Nov 2010 we can stop his socialist agenda. Right now congress is full of incompetents who have been around way too long. It is ridicules for anyone of either party to serve in congress for 30-50 years. They lose touch with reality and grow arrogant. Instead of a term of service they make it a life long career. They vote themselves raises, great pension benefits and various other perks that are not available to the general public. Not being satisfied with that some of them take bribes and steal whenever the opportunity presents itself. America so far survives in spite of them not because of them.

When I check out a candidate that I am not familiar with the first item is their record on the 2’Nd amendment. If they get bad marks from the NRA or other pro gun groups then I don’t need to know anything else about them. They will not get my support period! I have been accused of being narrow minded about that but I have good reasons for feeling that way. First of all if a politician votes against law abiding gun owners they are telling you that you aren’t to be trusted. That is the message my friends because the argument that gun laws prevent crime is nonsense. That has been proven in various studies. Why then don’t they trust you? Who Knows? They want to demonize guns because they don’t have the backbone to really go after criminals. A perfect example is when various city mayors were suing the gun makers because drug dealers were shooting each other. Apparently going after the bad guys never occurred to them. Chances are if they are wrong on the gun issue then they are wrong about other important issues such as taxes, illegals, growing of government and foreign policy. They are frequently out of step with most of the voters but they are tone deaf. For instance about 70% of the population didn’t want health care but it was rammed through.

Laziness and stupidity wrapped up in one neat package

Let’s take an example of a career politician who recently got fired in the Delaware primaries. Mike Castle has been sucking on the public teat for 40 years and has given little back in return. He is the consummate do nothing career politician. I have talked to people who tried to ask questions about an issue but he blew them off, something that long term office holders tend to do. It’s called arrogance. In spite of the fact that he has an R by his name he is notoriously anti gun. Not being satisfied with that he votes with the democrats fairly often including the failed stimulus package. He has no problem with tax increases and other liberal items. Well a good thing happened during the primary. The people of Delaware fired him and nominated Christine O’Donnell as the Republican for the Senate. I don’t know if she will win in the general election but they got rid of a useless office holder in Castle. He is throwing a temper tantrum because he believed that he was somehow entitled to the seat. He picked up his toys and went home. Arrogance will do that to you. He didn’t even have the class to call and congratulate her nor has he offered an endorsement. Like a typical liberal he blamed others for his loss including Rush Linbaugh and Shaun Hannity. The state Republican Party is smearing her but that’s because their golden boy was beaten and they are probably a bunch of Democrat wanna bees anyway. Her character is being smeared including that she was slow in paying her taxes. If that’s the case then perhaps she should be Secretary of the Treasury which is currently run by a tax cheat. She can be a tax cheat like Charlie Wrangle and run for congress. Christine O’Donnell is a perfect example of someone who should get elected. Hopefully the people of Delaware will keep up the good work and elect her to the Senate. Even if you are not a gun owner you still should vote for pro gun candidates because chances are they also support freedoms that might be important to you.

With the frustration of the corrupt Obama administration the Tea Party came into being. The one good thing that the Obama administration has produced is a bunch of fed up Americans. The Tea Party has fielded some great candidates that want to bring America back to some sanity. There are a lot of fresh faces vying for office and they should be given a chance. Hell, they can’t do worse then what’s in Congress with their 11% approval rating they have now. Mike Castle and many others like him are a walking advertisement for term limits. We need people in congress who are fresh and inexperienced and have some good ideas. I laugh when I hear someone say that someone is qualified for office merely because they have held it for a generation or so. That is the problem and the only way to address it is term limits. I am a realist and understand that congress will never vote for term limits because then they would have to go out and get a real job like the rest of us. 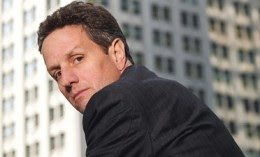 Anyone want to talk about a tax cheat?
Posted by Bob Shell at 2:19 PM

couldn't have said it better myself. Time for some new blood to run the country, people who care for it and not them selves.