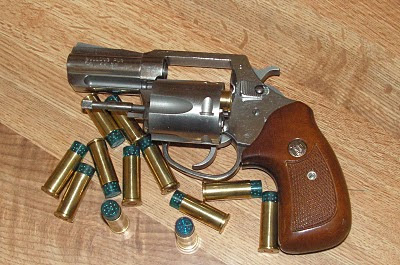 
Stupid Gun Laws
In the US there are about 20,000 gun laws at all levels of government including Federal, state and local. Guns are probably the most regulated commodity there is. I hear that it is easier to get a job at a nuclear plant then to give a pilot permission to bring a gun aboard a plane even after they are trained. Pilots are trusted with a plane full of jet fuel and passengers but the line is drawn when they are to be trusted with a gun. If pilots had guns in the cockpit 9/11 probably wouldn’t have happened. Most of the laws are useless in the purpose that they are intended which is to make the public safer. Some of them are downright oppressive that were brought about by politicians that don’t like guns or trust gun owners. It’s amazing how the ruling class has no problem imposing their values, such as they are, upon us. Some laws are just plain stupid and useless, like the people who make them, and those are the ones that we will look at here.


One of them is if you buy a receiver or a frame with no parts it has to be treated the same as an operating weapon. The receiver has no moving parts, barrel or stock, hence it will not fire. It is a piece of metal period! It takes some knowledge, skill and proper tools to assemble such a piece into a gun and I submit that criminals are not going to take the time to assemble such weapons. Also most of them are too stupid and lazy to do that. I suppose you could put it in a sock and use it for a weapon. Hmm you could do that with a stone. That law should be re-examined and repealed.

Another hair brain law is the sawed off shotgun law. It was originally passed to stop criminals from concealing a short barreled shotgun under their coat. Fine and dandy though I doubt many outlaws worried about the length of their shotgun prior to robbing a store. An offshoot of that law is you can’t have a handgun with a smooth bore barrel or it is considered a sawed off shotgun. Why would you want a smooth bore handgun? The only reason is you might want to make it more efficient to dispatch snakes though the benefit would be minimal. Also it would not stabilize a bullet any longer. So if you have a handgun and you run something down the barrel to erase the rifling you are facing some jail time so don’t do it. You can possess a sawed off shotgun after going through the ATF system and getting cleared. Gun laws are kind of like locks, they only affect honest people.


Some of the older military pistols came with a shoulder stock as part of the package. The Broomhandle Mauser and some Lugers among others are examples. If you have an original shoulder stock it is ok to attach it for use or display. However if you have a replica which looks exactly like the original that is a no no! You can get a felony rap for having a sawed off rifle. Now I would like for some one to explain to me how that will keep the public safe. Don’t even think about attaching a shoulder stock to a modern handgun unless you go through the ATF and obtain a $200 stamp. Another bright idea is that if you rebuild some military rifles you have to use parts made in the US as opposed to imported parts. I want someone to explain to me how that makes society safer. I want to emphasize that no matter how laughable these laws are the penalties aren’t. If you get convicted for violating any of these laws you face severe penalties including jail time as these are felonies. I do not in any way advise breaking these laws though they definitely need to be changed. If you plan on modifying a gun and are in doubt of the legality then I suggest that you contact the ATF for advice. It would not be a bad idea to have a letter explaining the legal ramifications of what you are doing. 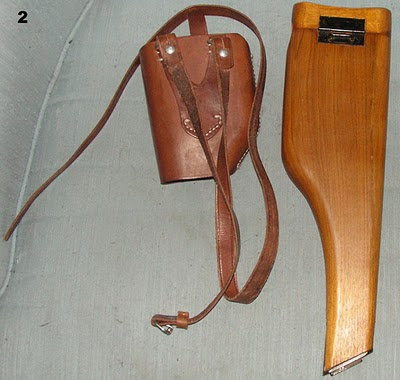 As for states California leads the parade in stupidity though it has some stiff competition. First of all they have enacted a micro stamping law which will do nothing but inconvenience everyone. Not being satisfied with that they banned 50 caliber rifles though none have ever been used in a crime. They also have a system where ever gun has to be cleared by a board before it is allowed to be sold. You can have 2 guns that are almost identical and while one is ok the other is banned. I saw an advertisement for 45 autos, there different brands though they were identical otherwise. Two were banned. To keep the stupidity going they have a 15 day waiting period on handguns, after you get cleared by the NICS check. There is also a one gun a month limit on handguns. Ca FFL dealers have to jump through extra hoops in order to receive guns from out of state. A shipper has to go through the DOJ in Ca in order to ship guns to dealers. Mind you these are dealers not the public. They sent me the paperwork which I promptly put in the round file. Let’s face it Ca and other states don’t like law abiding citizens to possess firearms and they will do everything they can to stifle gun owners. New Jersey for example bans hollow point ammo. Their laws are designed to harass not to keep folks safe. It seems that Ca, NJ and a couple of other states are in a contest to see who can abuse law abiding gun owners the most. No wonder Ca and some of these other states are in the hole financially.

Probably the most idiotic idea though it would have stiff competition is the gun free zones. When criminals see such signs they know that they can ply their trade with little or no risk to themselves. Years ago guns were routinely taken to schools and there were no shootings. Maybe someone should blame bad behavior rather then inanimate objects. What a concept! Gun buy back programs rank right up there in the stupid column. That is where some do gooder group gets the bright idea to give folks cash or gift certificates for guns. The problem is that grannies may bring in a gun that wasn’t used anyway or some folks bring in stolen or broken guns for a little cash. In any event it does nothing to make society safer. Like many of those hair brain schemes it resolves nothing but makes someone feel good. Laws that regulate or prohibit law abiding citizens from carrying guns are also high on the do nothing list. No only do they prevent citizens from protecting themselves and their families but the criminal doesn’t follow them very closely. How many crooks worry about a permit prior to robbing a bank. If you have the misfortune to live in NYC and you get caught with a handgun, go to jail do not pass goal or collect $200. I imagine more then a few good folks went to the pokey for a mere handgun possession charge.
Posted by Bob Shell at 3:52 PM

Gun laws are stupid. Every law they make takes away more freedom. You wrote in your earlier post concerning handguns in California, there are some stupid laws here. Out of the many stupid gun laws in California one which is the issue of having a pistol grip on a rifle.

When you start looking at the ignorance displayed in passing some of these laws, it makes you wonder if they were born that stupid or if they had to work hard to get there.