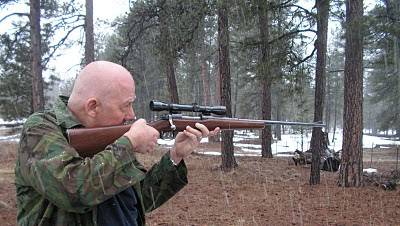 
Shooting the 300 Savage
Another old timer that has mostly fallen by the wayside being replaced by the 308 is the 300 Savage. It was introduced in 1920 by Savage Arms for the model 99 lever action. The original idea was to make it shoot a 150 grain bullet at the same velocity as the 30-06 as it was loaded at the time in a shorter action. If they accomplished that the pressures would be higher as it has a smaller capacity case. The thought was if you could pack 30-06 power in a more compact package the world would beat a path to your door. Back then as now the 30-06 is the standard that all other cartridges are measured by. Some things never change. Both Savage and Remington chambered their bolt action rifles for this cartridge. Remington also made a pump rifle chambered for it. Savage chambered their 99 lever action for it also. The Savage model 20 and 40 bolt action rifles also chambered it as well as the model 08 Remington semi auto rifle. The famous Winchester pre 64 model 70 was also chambered for the 300.


Basically it is a 308 Winchester with a short neck. In fact you can make 300 Savage cases by trimming the 308 to the proper length and sizing. Normally that would not be necessary as the brass is still available and inexpensive. I buy Winchester brass and seldom have a problem locating it. Loading dies are still made by all major manufacturers and of course standard 30 caliber bullets abound. Anyone who makes 30 caliber bullets will have something that is suitable for the Savage round. Factory ammo is still around though you may have to search for it. With all the new calibers coming out the 300 Savage is getting crowded off of the shelves. Plenty of rifles are available though they are used as no one as far as I know regularly chambers rifles for it. You can probably find one at a gun show or a used gun store as they are still fairly common. Your medium burning powders are the best suited for it with hunting weight bullets. 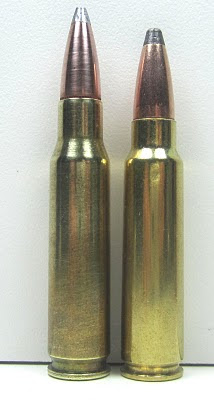 
Accuracy with a good gun is on par with any similar caliber. My gun shoots groups in the 1” area at 100 yards with good handloads. The 722 is the forerunner to the famous model 700 having many of the same features. It is a Plain Jane model with no frills or checkering on the wood. However the 722 was a great value in its day, giving good service at a low price. In 1950 the Remington 722 sold for $74.95 while the model 70 went for $110. Accuracy and strength were two of its strong suits. Back in the day when the 721 and 722’s were being made dollars were tight so a good quality rifle at a low price made sense. Still does today. Like most of the oldies I don’t spend time looking for factory ammo as it is no longer common. If I stumble across it fine if not that is also fine. Factory ammo might be found at gun shows if you really want it. If you have one then you have a great deer and black bear rifle. I do have a pump but it lacks camming power if you have a stubborn round in the chamber. It is however a light and handy rifle for the woods hunter. If you like pump rifles this would be a great choice. It comes up well and points nice. The nice thing about the 300 is you would seldom need high priced premium bullets as the velocities aren’t blistering such as the 300 mags are. Of course you can use them for larger game such as elk to good effect. Given the proper skill level and ammo you should be able to tag a deer at 300 yards or so but as always shots need to be properly placed. Keep in mind that most game is harvested within 200 yards. It seems that everyone today has magnum mania, especially the new short mags. While they perform as billed you hardly need one to shoot a deer at 100 yards. The most hunted game in the US is the whitetail deer and the 300 Savage is up to the task at any reasonable distance. 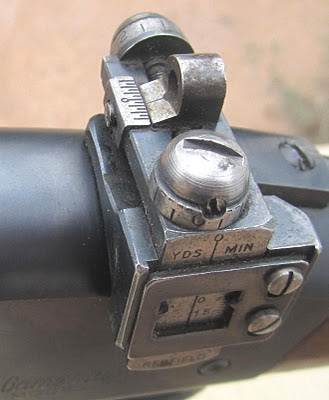 For hunting purposes the 300 Savage will do anything that the 308 will do given good loads. That means that deer and black bear are fair game. Larger game at moderate ranges will also fall to the 300 with proper bullets and shot placement. Due to its modest case capacity reduced loads are a cinch to work up for small game and pest hunting. Cast bullet loads can be used for small game to good effect without destroying excess meat. Bullets heavier then 180 grains can be used but velocity will drop off rather rapidly due to limited case capacity. There just isn’t much use for real heavy bullets in that chambering as anything up to 180 grains will do just fine. Recoil is entirely within reason for anyone with any experience shooting hunting rifles. A youngster with some tolerance to recoil will not have any difficulty handling it. Also it can be loaded down to 30-30 levels and still be an effective deer rifle. All in all if you have a 300 Savage or inherit one it is very worthwhile to get it shooting and take it hunting.
Posted by Bob Shell at 4:13 PM