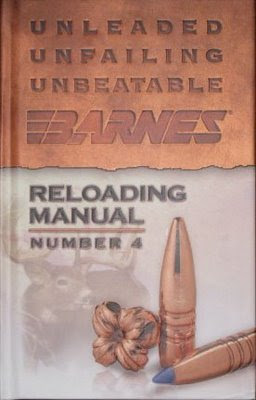 
Barnes Book
In 1932 the company started by making pure copper jacketed bullets with a lead core for hunting large game. The bullets worked very well as the design principal is sound. Pure lead and copper are more malleable then harder and more brittle alloys. They gave great penetration and killing powder as they also expanded reliably. Some of the harder alloys might shatter on large bones rather then penetrate and break the bones. I have some that are no longer made and I will hoard them my favorite is the 30 caliber 250 grain. I have some 600 grain in 45 caliber that I will never fire as I don’t want the abuse. Anyway I have shot various weights and calibers of these bullets with complete satisfaction. 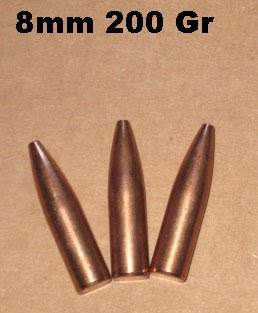 
About two decades ago Barnes started designing and producing pure copper bullets. They felt and correctly so that pure copper bullets will give superior penetration and killing power even with lighter weight bullets. They have established a world wide reputation for a great hunting bullet and also an accurate slug. I have shot quite a few from the 6mm to the 454 Casull. Without exception they have performed quite well. My favorite is the 8mm 200 grain which is very accurate in my 8mm Remington Magnum. I plan on an elk hunt with this bullet. Another thing to think about is lead bullets are banned in some California areas so a hunter is obligated to use a copper or some other non lead alloy in that area. Never mind the stupidly of such a law it’s a reality and may spread to other areas. The pure copper Barnes bullets will pass the legal requirements in those areas. Barnes makes some copper bullets with hard alloy cores also. 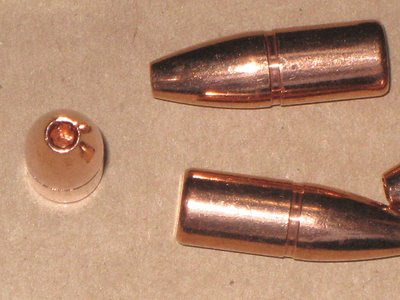 Honesty would compel me to state that there are a lot of good bullets on the market today, some very sophisticated. No one makes a “bad” bullet but using an incorrect bullet for the game hunted can make any bullet look bad. The Barnes lines of bullets are among the best and they deserve consideration on any serious hunting trip. Like any premium bullet they are not inexpensive but you get what you pay for. If you are going on a high dollar hunting trip it would be the height of folly not to have premium bullets. 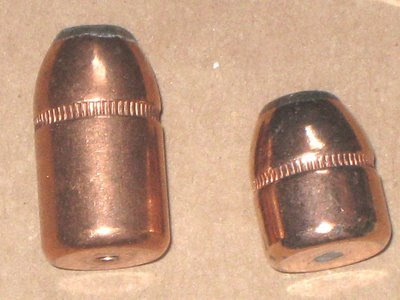 
I received the Barnes Number Four reloading manual for evaluation. Before you get to the loading tables there is a wealth of information covering everything from reloading procedures to the history of the company. There are many safety tips and a wealth of ballistic info covered also. I strongly recommend that anyone who has this book read it thoroughly whether you are a novice or pro. There is just too much good info not to read it. There is something for everyone from the novice to the expert. They even tell you how to sight in your rifle. The loading data has the usual recommendations for powder charges but instead of a history of the cartridge it has a write up by an experienced hunter who has used it and the results he or she had. They do state in front of the manual that this info may not be suitable for gas operated semi auto rifles. My experience with them is they are definitely more finicky to load for and I try to avoid them when ever possible. There is also a small illustration of which game animals are best suited to that bullet. Since different people write these mini articles up you get many different styles which makes it more interesting to read. They also show the ballistic coefficient and sectional density of each bullet which is valuable info to have. Since Barnes has a large line of bullets there is something for everyone. Like the rifle section handguns are well covered also. They also have data for their muzzle loading projectiles which are pure copper like most of their bullet line. There is information in the muzzle loading section that should enable you to choose the right bullet for your hunting conditions. There are a few lead and copper jacketed bullets still being made mostly for the obsolete calibers such as the 38-55 and 348. They also produce it in the 45-70 which can be used in the 458 with somewhat reduced loads for deer and bear. One thing that I really like about the book is it includes such cartridges as the 500 Nitro Express among other rounds such as the 470 Nitro and the 505 Gibbs. I occasionally load for them and data is scarce so that addition is appreciated by me. It even lists the 577 Nitro! 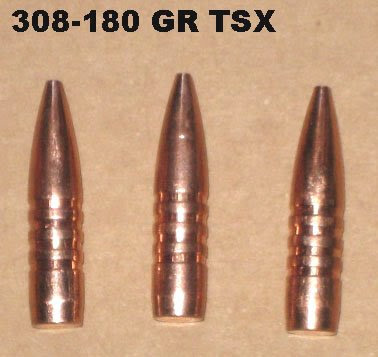 There are a complete set of tables showing the trajectory of each bullet. It also has useful windage info and time of flight tables. The tables are done somewhat differently then other manuals. If you are planning a hunting trip using Barnes bullets you would do well to study the tables relating to your load. There are energy tables following that then a glossary. If you have any questions regarding which bullet to use this book should answer them. If you have any other questions try www.barnesbullets.com and someone there should be able to help you. All in all there are 673 pages jammed packed full of info. The book retails for $24.95 depending on location and is worth every penny of it and more.
Bob Shell 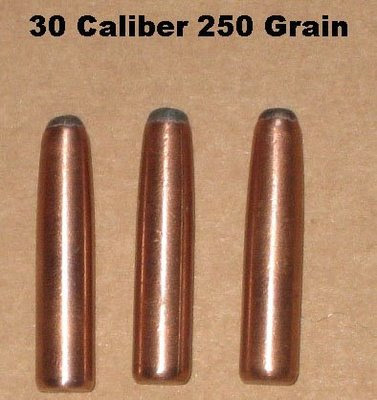